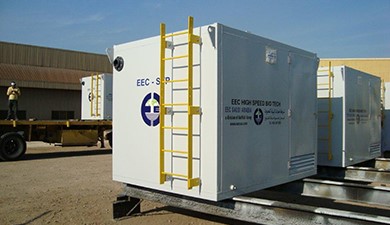 The EEC MINI PLANT STP system is based on the EEC High-Speed Bio-Tec biodegradation and sedimentation technology, which is unique due to its compactness and performance in respect of volumetric efficiency.

These technologies are combined in a prefabricated; skid mounted and the standardized tank system forming the EEC High-Speed Bio Tec Mini Plants for treatment applications.

Include Buffer Feed and Sludge Tank

EEC MINI PLANTS offers three standard models from 6, 20 and 30 m3/day. These systems include sludge, buffer, and feed tank. All EEC systems are extensively aerated and produce no odour.

Several world-class renowned equipment/instruments have been incorporated, which are time-tested, both at home & abroad.  Utmost care has been taken for selection of proper materials in the construction of each component in our package plant system, as we believe that appropriate selection of materials is vital in such an advanced system. 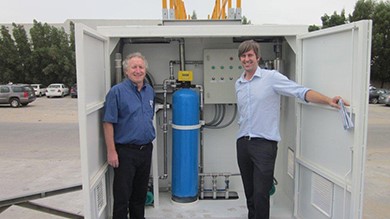 The EEC MINI STP system is manufactured in various lengths in order to suit any particular need. The basic EEC Mini systems have six chambers; buffer, sludge, feed, bio, bio, settling followed by media filter and UV light for final sterilization and have the following nominal capacities with an effluent of 10 ppm BOD as daily average. EEC’s MBBR & MBR wastewater plants have top contribution in military camps or areas.