During Ireland’s Trade Mission to Nigeria and Ghana last week, Verde Environmental Consultants (VEC) announced that it had been awarded a contract to carry out an Environmental Impact Assessment in relation to a hydrocarbons release in the Bayelsa region in 2012. The full environmental impact study follows an earlier assessment by VEC in mid 2015.

Verde Environmental Consultants are part of The Verde Environmental Group with their headquarters in Ireland. Verde have been active in the Nigerian market for the past three years and further information can be found on www.verde.ie.

The Trade Mission was led by Ireland’s Minister for Agriculture Food and the Marine, Simon Coveney T.D. Organised by Enterprise Ireland and an Bord Bia, over 40 companies took part, together with state and semi-state agencies and third level institutions.

Geoscience Ireland (GI) members participating were Verde, Nicholas O’Dwyer Consulting Engineers and PW Mining. Sarah Callanan of the Department of Foreign Affairs and Trade who is an observer on GI’s Steering Committee attended, along with Ambassador Sean Hoy.

“The recent Trade Mission to Nigeria and Ghana which was led by a senior government Minister, Simon Coveney T.D. It was very well supported by the private sector, educational intuitions, state and semi-state agencies. Ireland has enduring and long standing links with both countries. Since the mid 1980’s, Irish companies have discovered 3 major gold mines in Ghana and Len Commerford, PW Mining’s CEO, serves as Ireland’s Honorary Consul in Ghana. Nicholas O‘Dwyer Consulting Engineers have been involved for over 50 years in infrastructure development in Africa.

Verde’s persistence in Nigeria has paid off with its award of a significant environmental study. Sub Saharan Africa represents a key market for GI members and I was very pleased to participate in this Trade Mission” 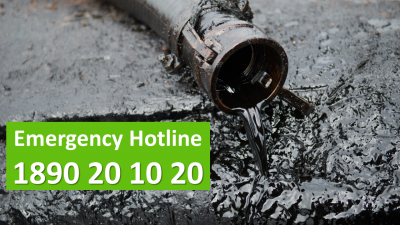