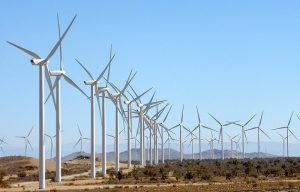 Regulations for wind energy development will “significantly harm” the sector in Ireland at a time when a host of wind farm projects, potentially worth billions of euro, are in the planning system, the Government has been warned.

The stark warning is contained in a letter written to the Government last week by the leading European industry body that represents most of the major manufacturers and developers in the sector, many of which are involved in planning a host of Irish wind projects.

The warning comes at a critical time for the industry, with multiple projects lining up to win State support under a new auction scheme, the final terms and conditions of which were supposed to be announced by the Department of Communications, Climate Action and Environment last week.

State company Bord na Móna confirmed to the Sunday Independent that it is behind the latest big wind proposal that could benefit from this scheme, with plans to build a wind farm in Co Offaly. Industry sources said the development could be worth more than €100m.

Wind Europe, which represents companies such as Siemens, Iberdrola, GE and Vestas, last week wrote to both Planning Minister Eoghan Murphy and Environment Minister Richard Bruton, insisting that noise limits contained in new guidelines for the industry could jeopardise this type of investment.  “The revision of the Wind Energy Development Guidelines and particularly the stringent new noise limit levels set out therein could significantly harm the development of wind power in your country,” wrote Wind Europe chief executive Giles Dickson in a letter addressed to both Bruton and Murphy.  “We urge Ireland to consider taking a pragmatic approach to setting the new noise limits and siting requirements, in view of the central role that wind power will play in decarbonising the Irish and the European economies towards 2030 and 2050,” he wrote – adding that he was “very keen” to meet the two caretaker ministers.

Rural communities have regularly opposed wind farms in the past.  Public consultation on the industry guidelines closed last week, ahead of the formal announcement of the final terms and conditions for the new State subsidy scheme, which is aimed at encouraging a large number of new wind farms over the next decade.  Representatives for the sector here have argued that the new maximum noise limit of 43 decibels – which they claim is one of the “lowest and harshest limits in Europe” – would force wind farms to shut down too often, drive up the price of power, and ultimately mean that many projects proposed would be unviable.

The warning follows a flurry of activity in the sector ahead of the first Renewable Electricity Support Scheme (RESS) auction in June. The RESS will establish a system of auctions to provide State support to renewable electricity projects. It has helped to bolster investor sentiment in the sector, with several new deals announced in recent weeks.

French utility EDF was reported to have acquired a 50pc stake in the Codling Bank wind farm, off the coast of Co Wicklow, for €100m. Greencoat Renewables, a green energy fund, bought a wind farm in Co Clare for €35.4m. Industry sources have also suggested that between investment and M&A over the past five years, Ireland’s renewable energy market has seen over €10bn of capital spent.

Last week, Bord Na Móna Powergen published a notice stating its intention to apply for planning permission to An Bord Pleanála for a new multi-million-euro wind farm in Co Offaly. An industry source said the development would be worth an investment of more than €100m.

The proposed Derrinlough Wind Farm development will be built on cutaway peatlands on Clongawny and Drinagh bogs located in the west of the county. The site will consist of 21 wind turbines, with a proposed top of foundation to blade tip height of the turbines of up to 185 metres.  Derrinlough Wind Farm forms part of the company’s €1.5bn investment in the development of renewable energy assets. It will create an estimated 100 to 120 jobs at peak construction and support three to five long-term jobs in operations and maintenance.  The proposed development will have an estimated installed capacity of 85MW. The company is seeking 10-year planning permission and 30-year operational life from the date of commissioning of the entire wind farm.