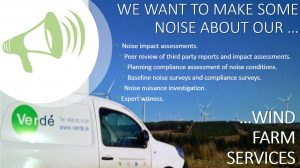 A significant High Court ruling means wind farms have greater transparency obligations to the public concerning the provision of environmental information, including about wind turbine noise.  Mr Justice Alexander Owens ruled Raheenlagh Power DAC (RP), which jointly controls a wind farm in the Wicklow mountains with an ESB subsidiary, is a “public authority” under 2007 regulations transposing into Irish law a 2003 European directive on access to environmental information. He overturned a decision by the Commissioner for Environmental Information that RP is not a “public authority” within the meaning of the Directive and regulations.

Right To Know CLG, (RTK) which seeks greater public access to environmental information, had requested data from RP on wind turbine noise provided in the application for planning permission for the wind farm.

In his judgment this week, the judge found the commissioner erred in law in a number of respects in concluding RP, an entity authorised to construct the wind farm and holder of an electricity generating licence, is not a public authority within Article 2 of the Directive. The Electricity Regulation Act 1999 made “clear beyond argument” that RP has been “entrusted by Irish law with the performance of services of public interest”, he said.

He agreed with RTK that generator construction and electricity generation for the national grid, under the 1999 Act, involve public responsibilities, functions or services relating to the environment and that the subvention given to suppliers to assist renewable energy projects in Ireland is relevant.

A significant High Court ruling means wind farms have greater transparency obligations to the public concerning the provision of environmental information, including about wind turbine noise.

The Commissioner erred in his analysis of the functional effect of the statutory regime governing the activities of RP in European law, he said.  The Commissioner erred in finding the effect of deregulation of the electricity market, and participation of a number of entities in electricity generation and supply to the national grid, meant RP was not providing public services and did not have public responsibilities or functions for the purposes of Article 2.  The judge said the wind farm is jointly controlled by RP and the ESB, itself a public authority, with the effect RP is under the “control” of the ESB for the purposes of the test for establishing what is a public authority under the Directive.

Where it is necessary to apply any test mandated by law in determining whether an entity comes within the definition of “public authority” in Article 2, the Commissioner should decide all factual and legal matters relevant to that test, he said.  Information in a planning application relating to turbine wind noise for a wind farm touches on public responsibilities relating to the environment, he held.

Earlier, the judge noted the issued shares in the wind farm were originally divided equally between Coillte, which provided the site for the wind turbines, and an ESB subsidiary. Coillte’s shares in RP were sold in 2018 to GR Wind Farms Ltd, a private company within a group holding investment in renewable energy projects.  Day-to-day responsibility for operation of the wind farm has been delegated by RP to an ESB subsidiary and the electricity is sold into the national grid through another ESB subsidiary, he noted.