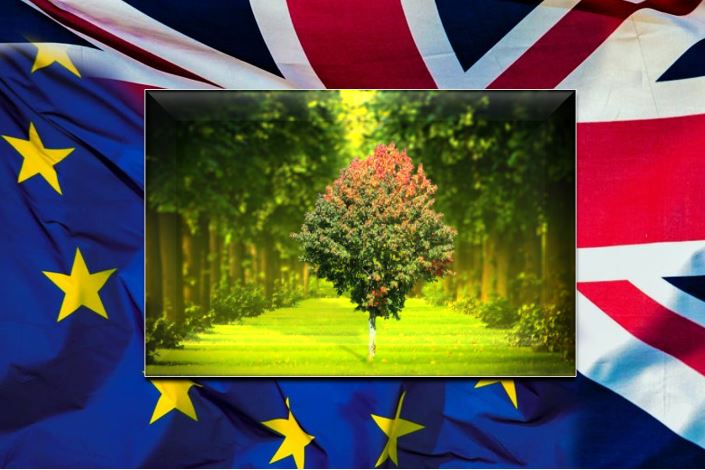 Both today and tomorrow, EU leaders are gathering in Salzburg for an informal Council summit that will end with a working lunch to discuss Brexit.

On the menu is likely to be the state of play in the negotiations on the key withdrawal issues (including the Irish backstop) and an exchange of views regarding the key ingredients that should be included in the Political Declaration on the future EU-UK relationship.  This Declaration will then serve as the recipe for the future trade deal due to be cooked up after the UK’s exit from the EU on 29 March. For the sake of Europe’s environment, it is vital that common environmental standards are part of the mix.

Nowhere will the environmental impacts of Brexit be felt more keenly than on the island of Ireland.

Nature does not recognise human borders.  As an EU Member State, the UK has been part of an agreed system for the protection of nature and management of shared resources and common natural heritage; the majority of environmental standards in place on the island are currently based on rules set at the EU-level.

At present, the proposed Irish backstop will provide for continued North-South alignment for a narrow subset of these rules, focused on those considered essential for avoiding a hard border post-Brexit such as those relating to plant and animal health.  However, this means that as we enter the frenzied ‘end game’ of the negotiations, key questions remain unanswered regarding what will happen to many of the most important environmental standards currently in place across the island – including those protecting wildlife and habitats.  These rules not only afford critical protection, but they also play a vital role in ensuring the fairness and sustainability of cross-border trade – providing a level playing field for businesses across the island.

The EU’s current negotiating guidelines, published in March 2018, make it clear that the future trading relationship with the UK needs to be based on a set of “robust guarantees” that “ensure a level playing field” on issues including environmental standards.  However, it is unclear what the guarantees will be.  It is vital that the Political Declaration makes clear what the guarantees will be for the environment so as to ensure continued alignment with the minimum standards of protection currently in place across the island.  So as the EU leaders enjoy their lunch, it is critical they leave room for the environment.

European Legislation requires member states of the EU to carry out assessments of the environmental impact of certain public and private projects before they are allowed to go ahead. The Directive is implemented in Ireland by the Planning and Development Act 2000 (as amended) and the Planning and Development Regulations 2001 (as amended) and is governed by the European Communities (Environmental Impact Assessment) Regulations. The need to undergo Environmental Impact Assessment is closely linked with the Planning Process in the Irish jurisdiction.

Verde Environmental Consultants’ in-house expertise in the main EIA disciplines and strategic partnerships enables us to efficiently project manage the EIA process, including: