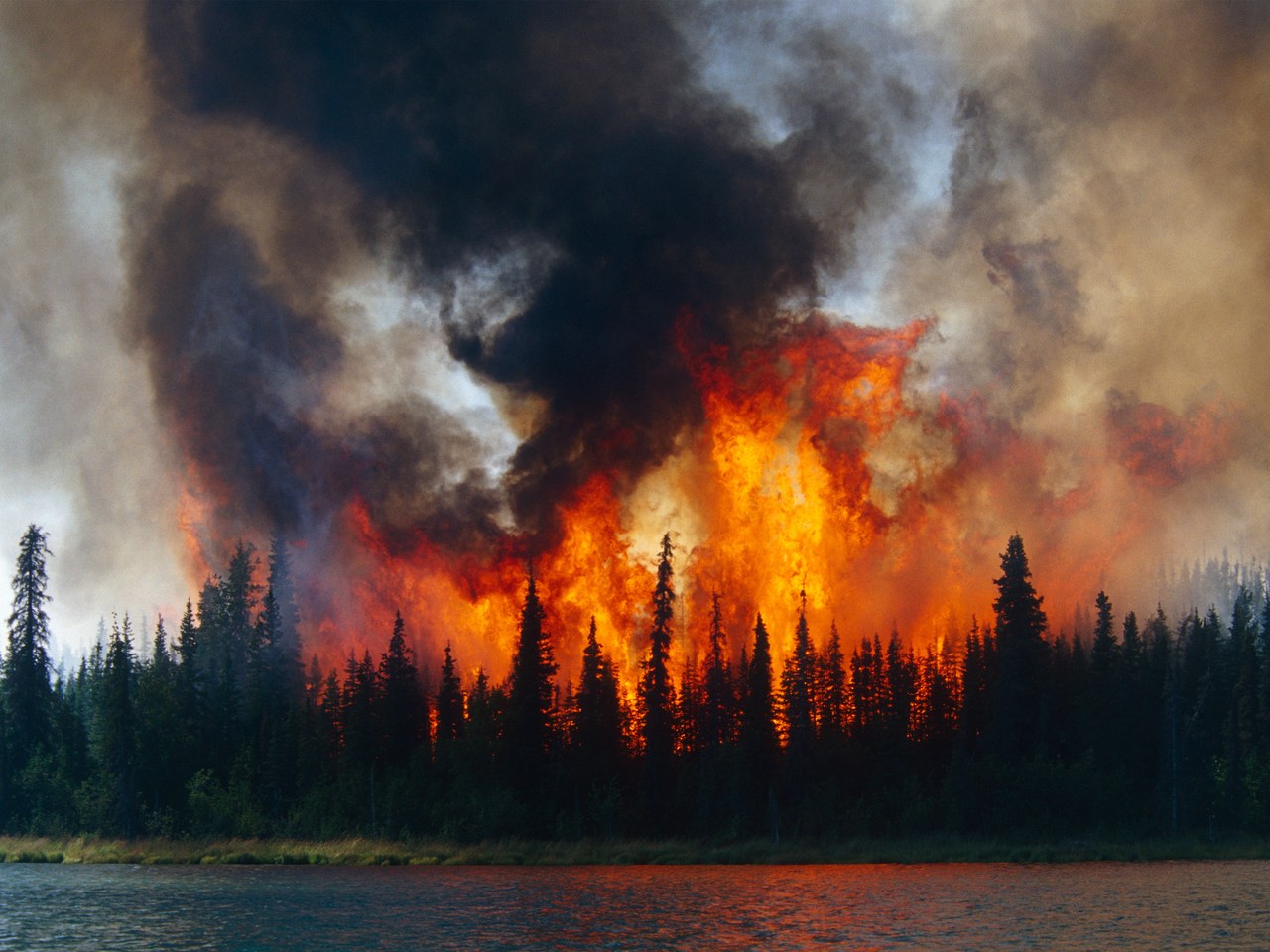 Here’s a sentence for you: The Arctic is burning. Yes, that Arctic—the traditionally cold and wet one, large swaths of which are being consumed by an astonishing number of wildfires, from Russia to Greenland to Alaska.  “Arctic fires—the combination of these two words is still an unusual term in my field of fire science,” says Guillermo Rein of Imperial College London. “Arctic fires are rare, but they’re not unprecedented. What is unprecedented is the number of fires that are happening. Never before have satellites around the planet seen this level of activity.”

Unprecedented, yes, but not unexplained. The Arctic is warming twice as fast as the rest of the planet, leading to the desiccation of vegetation, which fuels huge blazes. Fortunately for us, these wildfires typically threaten remote, sparsely populated areas. But unfortunately for the whole of humanity, so far this year Arctic fires have released some 121 megatonnes of CO2 into the atmosphere, more than what Belgium emits annually. That beats the previous Arctic record of 110 megatonnes of CO2, set in 2004—and we’re only in June.

Why such a huge burp of emissions? Because these are no ordinary wildfires. Many of them are burning through peat. You may know peat as the magical substance that gives Scotch its smoky flavor, but it also forms the squishy foundation of whole ecosystems, known as peatlands. It’s made from slowly decomposing organic matter, like moss, that gradually builds up into a layer perhaps several meters thick. Given enough time and enough pressure, it will eventually harden into the undisputed heavyweight champion of carbon emissions: coal.

Peatlands are the largest natural terrestrial carbon store on Earth. From this muck the rest of the ecosystem sprouts, though trees typically don’t grow very tall because of the peat’s low oxygen content. The leaf canopy is thin, which means more light reaches the ground, fueling the growth of wet, fluffy sphagnum mosses, or what McMaster University ecohydrologist Mike Waddington calls “super mosses.” In a healthy system, these mosses keep the peatland from burning. Indeed, thriving peatland can actually act as a fire break, stopping neighboring wildfires from spreading.

But then we humans came along and did human things, like draining the peatlands for agriculture or warming the Arctic with our emissions. When peat is wet, it’s up to 95 percent water, but as it dries it condenses, turning into one of the most flammable substances in nature. “Drier and denser are the double whammy,” says Waddington. “If those types of peatlands were to ignite, you can burn well over 1,000 years of carbon accumulation in one single fire.” For every hectare, you might lose 200 tons of carbon into the atmosphere. The typical car emits 5 tons in a year.

And when dried peat burns, it burns in a super weird way. In California, fierce autumn winds fan blazes like last year’s Camp Fire, which consumed dry grasses and shrubs and trees before overwhelming a town of 30,000 in a matter of minutes. But when peat catches fire, say after a lightning strike at the surface, it smolders like a lit cigarette, gradually burning deeper and deeper into the ground and moving laterally across the ecosystem, carving enormous holes in the soil. “I’ve seen smoldering holes where I go inside and I disappear from the horizon,” says Rein.

This three-dimensional fire continues for perhaps months at a time, gnawing both downward and sideways through carbon-rich material. “It’s the combination of these two phenomena that leads to massive carbon emissions, massive damage to the ecosystem, massive damage to the soil and the root systems,” Rein says. “You have to go to a different planet to find a more persistent type of fire.”

This persistence is particularly dangerous if a peat fire runs into an unhealthy forest. Here, the soil carries more oxygen, helping trees grow taller. “As those trees get bigger, the shading is essentially the kryptonite of the super mosses,” says Waddington. “They stop growing and they stop storing carbon. So not only do you have more fuel in the trees, but you lose that resistant moss at the surface.” It’s a recipe for a runaway wildfire.

And if mosses aren’t storing carbon, they aren’t helping us get out of this mess we’ve created. So the solution here is an odd one. “It seems counterintuitive that you could cut down trees and store more carbon, but that’s exactly what can happen,” says Waddington. “You get the mosses to grow, and you not only store carbon but you reduce the risk of future fires.” (In other words, planting trees can sometimes do more harm than good.) That, though, would require forest management across swaths of the Arctic, a kind of management we in the US can’t even do right on a small scale.

What we’re looking at, then, is yet another complicating factor in the massive complexity that is climate change: When peat burns, it emits lots of CO2, and when peatlands aren’t healthy, they don’t capture any. The extent to which this is affecting climate change, though, is not yet clear. Nor is how bad exactly the situation will get in the Arctic. But the problem is supremely urgent: Peatlands cover 1.3 million square miles around the world, storing the same amount of carbon you’d get from burning fossil fuels for 60 years.

The underlying and inevitable problem is uncertainty. Even one component of climate change—peatlands—demands far more research, to say nothing of the dizzying number of other components that interact with each other to form the whole Earth system. Models are getting better and better, though, and incorporating more sources of natural emissions, in addition to the CO2 we humans are pumping into the atmosphere.

Meanwhile, the Arctic is burning. Which is not the last time you’ll read that sentence.