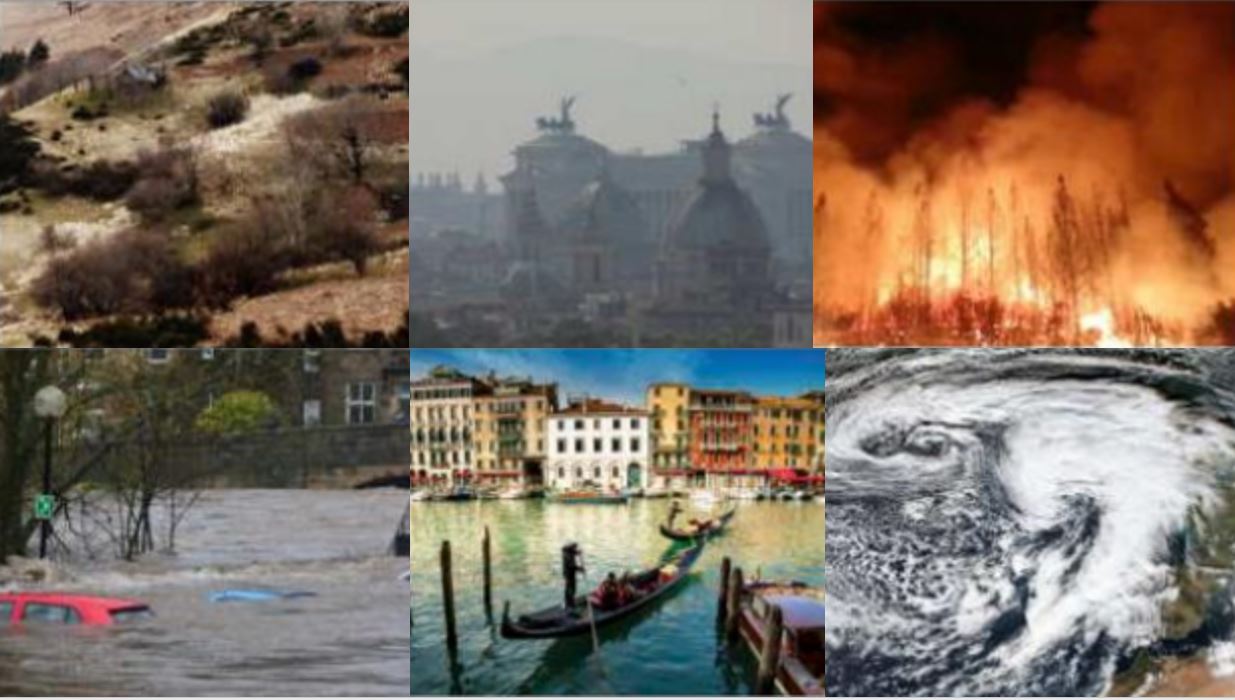 Europe’s many regions are expected to face worsening impacts of climate change over the next decades. A compilation of several existing maps published by the European Environment Agency (EEA) today illustrates how drought, heavy rain and flooding, forest fires and sea-level rise could affect some selected regions in Europe, including Central Europe, the Iberian peninsula, Scandinavia, Brittany and Venice.

The increased exposure to climate related hazards will differ from region to region across Europe, according to the EEA story map. The background briefing shows examples of selected risks across Europe. It stresses the important role of limiting climate change to avoid the worst impacts as well as the key role of adaptation and resilience amid new EU plans under the European Green Deal to present for a new, more ambitious EU adaptation strategy.

EEA assessments, including the recently published Europe’s state of the environment and outlook (SOER) 2020 report, point to a worsening of climate change in the future, even if global efforts to reduce greenhouse gas emissions prove effective. Extreme weather and climate-related events that result in hazards such as floods, droughts, forest fires and extreme sea level will become more frequent and intense in many regions. This will lead to adverse impacts on ecosystems, economic sectors and human health and well-being.  Climate change impacts will also affect the urban areas in Europe. For example, low-lying cities in the Netherlands, Germany, Belgium and along the northern Italian coastlines, in particular Venice, are among the cities most exposed to coastal flooding in Europe due to a combination of sea level rise and storm surges.

Droughts: Existing studies project large increases in the frequency, duration and severity of drought in most of Europe over the coming century, except for northern Europe. The greatest increase in drought conditions is projected for southern Europe, where it will increase competition between water users, such as agriculture, industry, tourism and households.

Heavy rain and floods: Climate change is projected to lead to a higher intensity of rain, with projections showing an increase of heavy rain in most parts of Europe in autumn and winter by up to 35 % by the end of 21st century in a high emissions scenario.

Forest fires: Large forest fires in recent years have affected several regions in northern and western Europe where fires had not been prevalent in the past. The relative increase in fire danger is projected to be particularly large in western-central Europe, but the absolute fire danger remains highest in southern Europe.

While the impacts of climate change can no longer be avoided, their magnitude depends on the success of global and European efforts to reduce the emissions of greenhouse gases, as mandated by the Paris Agreement and planned for under the European Green Deal.

Further information on climate change impacts and adaptation policies and actions across Europe is available on the European Climate Adaptation Platform Climate-ADAPT, including the country profiles.