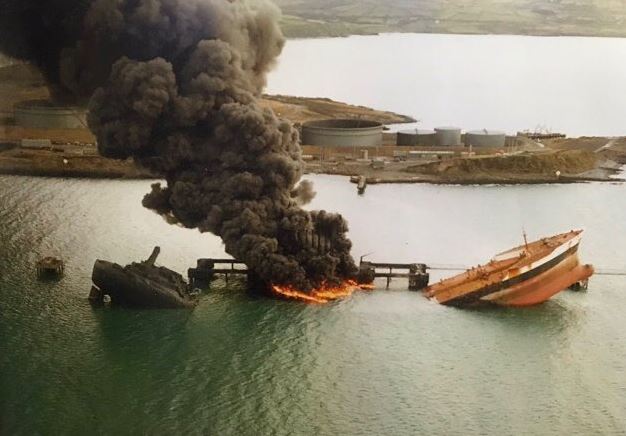 Commemoration events to mark the 40th anniversary of the tragic Whiddy Island disaster, which took the lives of 51 people, took place yesterday in Bantry, Co. Cork.

50 people died in the early hours of 8th January 1979 when the 120,000-tonne French-owned oil tanker Betelgeuse caught fire and exploded while unloading its 110,000-tonne cargo of crude oil at an offshore jetty at Whiddy Island off Bantry Bay.

The entire crew lost their lives in the fire, as well as seven Irish and one Englishman. Around 12 hours later the tanker sank, extinguishing much of the fire. For nearly two weeks after the explosion clouds of gas surrounding the wreck made it impossible for rescue workers to approach the site. A number of bodies were never recovered and during the salvage operation, a Dutch diver also lost his life taking the toll to 51 souls lost.

Managing a domestic heating oil leak or oil spill requires expert attention to ensure it is properly cleaned up. Our experience has helped develop a unique and systematic approach that sets us apart from the competition.Our specialist teams, overseen by a dedicated Project Manager, are on hand to help you clean up the affected area and get your property back to normal in no time.