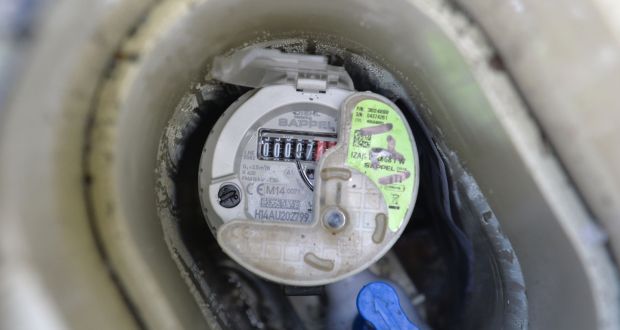 Up to 70,000 households could face water charges of up to €500 from next year if Irish Water gets the go-ahead to impose levies on customers who waste water.  The Commission for the Regulation of Utilities will make a decision by the end of this month on a proposal submitted by Irish Water to charge households found to be using water excessively.

If the regulator consents to the plan, it will mean the limited reintroduction of water charges for homes, three years after their suspension because of widespread political and popular opposition.  In its initial response to the utility proposal, the regulator indicated support for the plan. It noted that the proposal “broadly satisfied the principles of fairness and equity”.

The prospect of charges returning, even for 5 or 6 per cent of Irish Water’s customer base of more than 1.5 million properties, could prove to be politically contentious with a general election approaching.  The issue dominated the first confidence-and-supply agreement between Fine Gael and Fianna Fáil in 2016 and a special all-party Oireachtas committee later agreed to end the charges. However, in a last-minute compromise between the parties, it was agreed that households using water above a fixed threshold would be charged for excess use. That threshold was 1.7 times the average household use of 345 litres a day.

The changes were made in an effort to comply with the European Water Framework Directive which requires Ireland to impose domestic charges as a water conservation measure. While it has issued no formal ruling as yet, a European Commission official told an Oireachtas committee last year it was “no secret” that the arrangement was in breach of the directive.

Irish Water proposes a charge of €1.85 for every 1,000 litres used above the threshold of 213,000 litres per year, with the charge capped at €250. There is a similar charge for wastewater services, again with a cap of €250. A residence that uses both fresh water, and wastewater, services would be liable for a charge of up to €500.

What is the regulator’s premise?
Less than one million (about 60 per cent) of the State’s domestic dwellings have water meters. For the 40 per cent of unmetered homes, the utility has proposed an investigation process to identify which of them are using water excessively.

The first step will be to use a district meter and then an onsite investigation to pinpoint where most water is being used. When a residence is identified, the occupants will be offered a meter or have a flow monitoring device installed.

If the regulator’s plan is accepted, the utility will issue its first notifications to customers later this summer. This will be a “call to action” notification. Some 10 per cent of all Irish Water customers use excess amounts but leaks account for a majority of these. The notification will therefore allow customers to avail of the “first fix for free” offer to ascertain if their high water use is because of a leak.

Those who have been found to be using excessive amounts of water will be given 12 months to bring their water use below the threshold. If a family member has a medical condition, exemptions can be sought.  In addition, any family with more than four members can claim an allowance of 25,000 cubic metres per annum for every additional member. The first bills for excess use would be issued from October of next year.