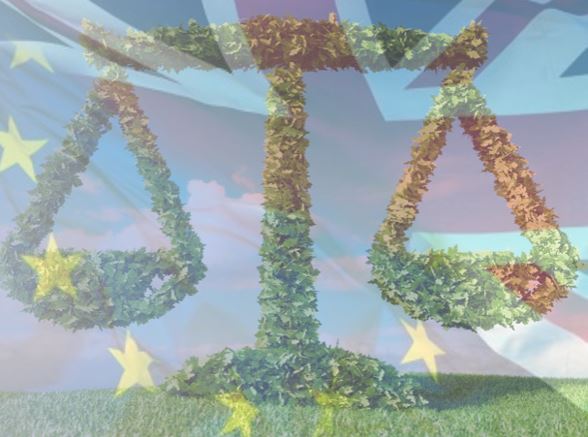 Is Brexit merely a cover-up for widespread deregulation in the UK, including  measures designed to reduce pollution, punish environmental offenders and protect habitats?  The greenest groups are convinced that the current Government at least is determined to dilute legal protections. Others see no such intent and believe that there may actually be opportunities to improve and enhance environmental law once, or if, we leave the EU.

Whatever happens in the long term, there won’t be a ‘big bang’ change on day one, even if there is ‘no deal’. A letter sent to environment groups by Natural England’s interim chief executive Marian Spain is designed to be reassuring. In relation to areas such as environmental assessment, permitting and enforcement it states that, after Brexit: “The whole body of existing EU environmental law continues to have effect in UK law, maintaining existing levels of environmental protection”. It adds that the environment secretary has “committed to no diminution of protection for the environment”.

But what about the The Environment (Legislative Functions from Directives) (EU Exit) Regulations 2019? This statutory instrument was approved without debate by 280 votes to 204, earlier this month, the first vote that Boris Johnson’s administration had won.  The SI applies to air quality, environmental protection, marine management, the sharing of spatial data, public sector information, water and water resources. It transfers to UK ministers powers currently held by the European Commission to amend laws which have already been passed. That sounds worrying. But is it? An explanatory note to the SI states that the powers are designed only to relate to areas which are minor or technical. It explains: “Without doing this, there would be no, or a limited, ability to make changes without having to use primary legislation This would make changing such details very slow and cumbersome, and would remove flexibility to respond to scientific and technical changes as they occur.”

The EU Withdrawl Act contains similar provisions for adopted EU laws to be changed by new secondary legislation, for administrative reasons.  Simon Tilling, partner with Burgess Salmon and an expert on environmental law, told D&I that he is inclined to give the Government the benefit of the doubt. He believes, on current evidence, that the Government’s intention is to “tidy up” retained EU law, not to trash it.  He notes that the Environment Bill has put Defra’s 25-year Environment Plan on a statutory footing. He said of the SI: “It’s an effort to replicate the powers of the commission to make relatively technical changes to areas such as measurement criteria. A provision of this kind is needed because you wouldn’t want to have to keep going back to Parliament, which has limited time.  “It doesn’t on the face of it look unusual or troubling. The real point here is that there has been a breakdown of trust on environmental matters and that’s part of a wider debate. From now on, people are going to be scrutinising SIs like this one with an untrusting eye.”

It can be argued that the devil is often in the detail. The annexes to legislation can be just as significant as the main provisions. In a blog on pesticides legislation, Chloe Anthony, Ffion Thomas and Emily Lydgate explain that three SIs have been laid before Parliament concerning pesticide regulation post EU exit.  They note that current EU rules prohibit pesticides containing endocrine disrupting chemicals (EDCs) but that one of UK SIs deletes the EDC prohibition, “meaning that substances with endocrine disrupting properties whose use is forbidden in the EU, would potentially be permitted in the UK”.

Environmental lawyers Client Earth who took the UK successfully to court over non-compliance with targets set by the EU Air Quality Directive, believe that the latest withdrawl agreement has been deliberately changed from previous one, so as to reduce protections. The previous deal contained legally binding environmental non-regression and governance provisions. The binding part of the new agreement contains nothing about environmental standards across the UK. Instead a new, non-binding political declaration merely notes that “the parties should maintain environmental standards”.

Karla Hill Client Earth’s global programmes counsel, said: “There is a concerning lack of detail as to what this means in practice and how it will be policed, and no mention of progress to higher environmental standards in future”. She concluded: “Should this deal pass, our environmental protections will be at huge risk of future watering down and deregulation, including under pressure from trade deals with countries such as the US.”  The law firm believes that the Environment Bill should place a legal block on regression in environmental standards, that the new targets for air pollution are not legally robust, ambitious or urgent enough and that the proposed Office of Environmental Protection will lack teeth.

The Green Party, and Friends of the Earth agree on this point with Client Earth. Jonathan Bartley, Green party co-leader said: “This government is not serious about its environmental commitments. The body that is supposed to hold the government to account won’t even have power to fine it.”  He added: “Brexit will mean relinquishing the environmental protections ingrained in EU membership, and this bogus watchdog will have little in the way of bark, let alone any bite.”

Could leaving the EU actually benefit of UK environmental standards? Tilling said: “The benefits of EU law and its weakest points are the same. Everything moves very slowly – you are bound by certain environmental objectives and they are not going to change quickly or by the backdoor.  A UK that is free to set its path can do things in its own way. We could change things in order to keep the objectives the same, but do that differently. The point is, the power comes back to us and to the devolved administrations. How vigorously anyone pursues an environmental policy is a matter of politics.”