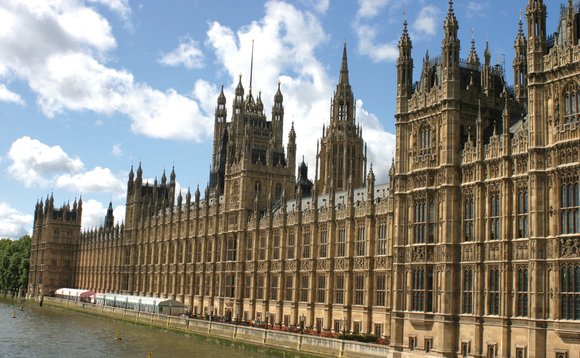 But while the new powers for the OEP were welcomed by green groups, many warned the Bill still does not give the watchdog enough ‘teeth’ to ensure standards don’t slip. Experts this evening expressed disappointment the body won’t, for example, be able to levy fines, or wield more “creative” enforcement measures such as compelling senior staff members to attend hearings, or putting non-compliant bodies into Ofsted-style ‘special measures’. “This bill is a step in the right direction and we are pleased that the government has listened to some of our concerns,” said ClientEarth UK environment law and policy advisor Tom West. “But there is still a long way to go before the new watchdog has the strong legal teeth needed to protect our environment.”This is not world leading yet but if the government shows some boldness in the new Environment Bill it can be,” he added. “We need a watchdog that can stand up for people and work with them to ensure the government doesn’t get away with neglecting our environment.”

The RSPB’s director of conservation Martin Harper agreed. “We welcome the steps taken by government to give the proposed green watchdog more teeth; but it still falls short of the body we will need if we are to fill the gap in environmental protections left by Brexit; nor will the bill as drafted make good on Theresa May’s promise to improve the condition of the natural world,” he said. “As Ministers scramble to prepare for a no-deal Brexit that would put our wildlife even further at risk, many of their key proposals, including a binding duty to secure the recovery of nature, remain in the form of policy promises, not law. Until this is remedied, the idea of a green Brexit will remain an elusive dream.”

Meanwhile Martin Baxter, chief policy adviser to the Institute of Environmental Management & Assessment (IEMA), raised concerns about how the OEP will be funded.   The draft Bill compels the Secretary of State for Defra to “pay to the OEP such sums as the Secretary of State considers are reasonably sufficient to enable the OEP to carry out its functions.  It’s a step in the right direction but right now it doesn’t meet our independence tests, as it will very clearly be resourced by and its appointments made by the Secretary of State,” Baxter said. “To us that sounds like the watchdog will be constrained from holding government to account.”

Prime Minister Theresa May confirmed in July the UK will bring forward a new Environment Bill next year, after intense pressure from environmental experts and cross-party politicians to update the UK’s legislative framework for the natural environment after Brexit. At the time, she promised the Bill would try to address “some of the opportunities we think will be available to us when we leave the EU in terms of this area of protection of the environment”.

A consultation run by Defra earlier this year on environmental principles and governance attracted more than 1750,000 responses, the department said, signalling the high level of interest in the issue. The full draft bill is also expected to include details on air quality and nature restoration. Environmental lawyers are keen for the Bill to set out binding air quality targets for the UK in line with standards set by the World Health Organisation.

Elsewhere in the details released today, the government promised to establish a clear set of environmental principles alongside a policy statement to ensure they are embedded in Whitehall policy making. It also obliges the government to have a long-term plan for improving the environment, complete with indicators to measure and report progress.  “We have ambitions to be the home of the boldest possible environmental policies, and to set an example of excellent and effective leadership at home and abroad,” Gove added in the foreword. “As we leave the EU, this new environmental law marks an unprecedented step forward – helping to safeguard our commitment to environmental protection for generations to come.”

Its release follows a tumultuous week in the UK’s Brexit negotiations, with Parliament furious over the delay to the vote on May’s Brexit deal, which has now been pushed back to mid-January. Cabinet has also approved an additional £2bn of spending to dramatically increase work preparing for a ‘no deal’ outcome.