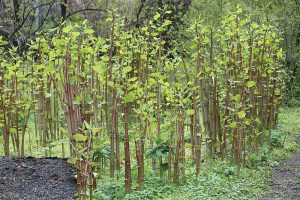 In a previous article (April 2017) the case of Willams & Waistell v Network Rail was discussed. In this landmark case, a Cardiff Court found Network Rail responsible for an actionable nuisance for failing to take steps to prevent Japanese knotweed from blighting properties lying close to its railway embankment. Network Rail appealed and the Court of Appeal handed down judgment in July 2018 and found against Network Rail, albeit on different reasons than the Court of first instance (Network Rail Infrastructure Limited v Williams & Waistell [2018] Civ 1514).

In brief the Court of first instance found that even though there was no physical damage and no effect on the utility of the land of Williams and Waistell, that the amenity value of a property is not simply the use and enjoyment of the land, but can include the ability to dispose of it at a proper value. The Court rejected this as being equivalent to pure economic loss and held that that the presence of the knotweed had devalued the claimants’ property and even if treatment took place, their saleable values would still be below the market value.

However, the Court of Appeal did not agree with the Court of first instance’s dismissal of the original physical encroachment claim, which was based on the spread of the Japanese knotweed’s rhizomes onto the claimants’ land. The Court of Appeal held that the mere presence of Japanese knotweed and its rhizomes constitutes “a natural hazard which affects landowners’ ability fully to use and enjoy their property and, in doing so, interferes with the land’s amenity value.”

Thus the Court of Appeal affirmed that the mere presence of Japanese knotweed constitutes damage of a sort that will ground a claim in nuisance.

The rail operator was refused permission to appeal to the Supreme Court.

It was reported in December 2018 that Bristol City Council took a prosecution against a local property owner under the Anti-Social Behaviour, Crime and Policing Act 2014 (the “Act”). The prosecution had been taken following complaints from adjoining properties that the landowner had failed to prevent the spread of Japanese knotweed originating on the landowners property. The landowner, MB Estates Limited was prosecuted following its failure to abide by a community protection notice served in May 2017.

After receiving no response to the notice, the council prosecuted MB Estates for failing to comply with it. At the hearing, the Bristol Magistrates’ Court found MB Estates guilty and fined it £18,000 plus costs. It also imposed an order requiring MB Estates to remedy the problem by obtaining a plan to resolve the issue from a specialist company within 28 days. It is thought that this is one of the first prosecutions in the UK relating to Japanese knotweed.

As there is now appellate judicial recognition that knotweed is a serious issue which is detrimental to the enjoyment of property, the path is clearly open for the courts to be receptive to accepting evidence that the presence of this plant will diminish value. Landowners need to be vigilant and aware that a failure to deal with the presence of knotweed could lead to a costly claim in nuisance from affected neighbours and to prosecution.

To date there have been no reported cases of knotweed actions in Ireland but it can only be a matter of time as the spread of knotweed is endemic throughout the country. For example, former Labour Party TD Joe Costello recently urged local Stoneybatter residents to take an action against Dublin City Council for their failure to deal with the invasive weed. UK case law, especially appellate and higher court decisions, are persuasive in an Irish court context so all Irish landowners should be awake to the risks of failing to deal with a knotweed infestation. Whether residential, commercial or agricultural, it’s always prudent to keep a close eye on what’s happening on your land and to check for new or unfamiliar plant growth. Otherwise you may find yourself on the wrong end of a liability claim from your neighbours.