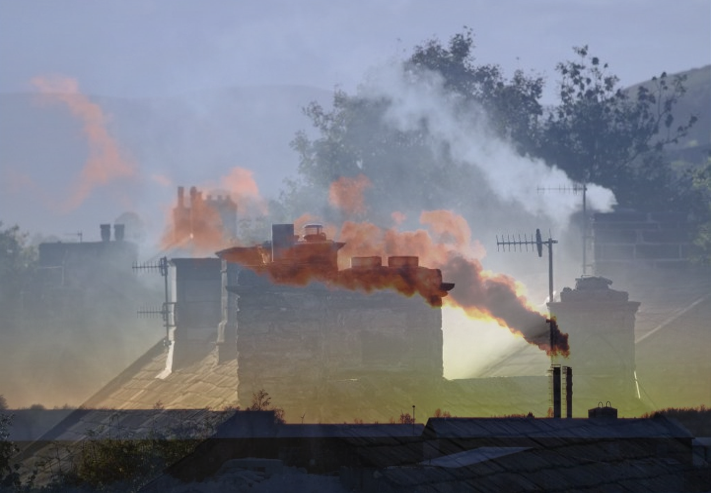 The latest EPA report on air quality shows that Ireland is consistently above the WHO Air Quality Guideline value for fine particulate matter (PM2.5).  This pollutant has been highlighted as  having  the  greatest  negative  impact on  the  health  of  the Irish  population – responsible for 1,100 of a total 1,150 premature deaths in 2015.

The predominant source of this pollution arises from the use of solid fuels such as coal, peat and wood for home heating.  This heavy reliance on solid fuels is something that the EPA has described as needing “crucial” change and a move towards cleaner fuels.

The EPA predicts that energy industry emissions will “grow strongly” from 2020-2025 as a direct result of peat and biomass fuel use.  The ban on smoky coal introduced to the capital in 1990 vastly improved air quality, reportedly reducing chronic respiratory disease mortality by 16 per cent.  Plans for a national ban, however, are currently delayed following legal threats from the coal industry, as revealed by The Irish Times in April.

EPA data released to The Times this week revealed that 84 air pollution breaches were recorded at monitoring stations across so far this year compared with 17 for the whole of 2018.

Rising ammonia emissions from the agricultural sector is another one of Ireland’s biggest issues when it comes to air pollution.  In 2017, ammonia emissions increased by 2 per cent and the EPA projects that they will rise continuously up to 2030 and onwards.

Animal manures produce 90 per cent of Ireland’s ammonia emissions while chemical fertilizers and road transport account for the remainder.

Another pollutant that Ireland is fast approaching the EU limit for is nitrogen dioxide (NO2).  The majority of this pollution exists in urban areas, coming from the transport section.  According to Ireland’s Project 2040 plan, no non-zero emission vehicles will be sold after 2030 and there will be half a million electric vehicles on the road by that same year.