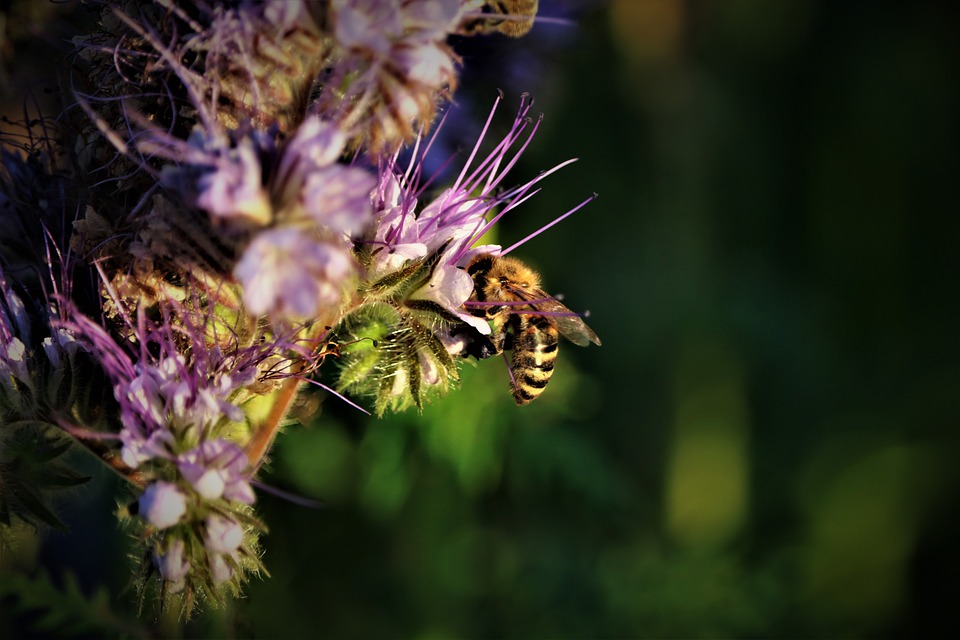 The visual impact that air pollution is having on the natural environment may not be obvious to the untrained eye, but from the abundance of stinging nettles on the side of the road to the lack of bugs splattered on your car windscreen, biodiversity loss is real and it is getting worse.  In the UK alone, 15% of all species are threatened with extinction and 41% of species have declined in abundance since the 1970s.  Historically, plants and insects have had relatively low extinction rates, making these figures all the more ominous.

Scientists cannot come to a unanimous conclusion as to what is causing this ‘sixth mass extinction,’ but one unavoidable factor is air pollution.  Kevin Hicks, research associate at the Stockholm Environment Institute and an expert in this field told Environment Journal: ‘Air pollution is a major driving force changing the natural environment. It is changing the basic structure and function of ecosystems.’

The first known case of air pollution impacting the natural environment was with acidification, what is commonly known as acid rain, thankfully this pollution has been in decline since the 1970s, but now the cause for concern has shifted to nitrogen.  Nitrogen (N) is a key part of our natural ecosystems, but when too much nitrogen enters the environment through transport emissions, the burning of fossil fuels or agriculture, it can accumulate in excess and become toxic, turning into a pollutant.

To flourish, the majority of wildflowers, lichens and fungi need relatively nutrient-free soil, so as the soils have become heavy with nitrogen, environments have become colonised with nitrogen-loving plants, like nettles, brambles and cow parsley; the ‘thugs’ of the plant world.  This process is called eutrophication and causes a competition effect where the more vulnerable plants cannot compete with the nitrogen-loving plants, and so they become threatened with extinction.

According to wildlife conservation charity Plant Life, 63% of sensitive habitats in the UK now have more nitrogen than they can cope with.  Jenny Hawley, policy manager at Plant Life said: ‘Air pollution is dramatically changing the natural environment.  ‘If you have a mossy peat bog, it is home to certain types of insects that feed off those mosses, and particular birds that feed off those insects.  Once you change the type of plant that is growing in an area, you change the whole habitat, the whole food chain.’

Nitrogen pollution comes in many forms, and another dangerous form is ammonia (NH3).  Ammonia can impact the composition of a species through acidification, causing direct damages to plants leaves, and altering their susceptibility to frost, droughts and pathogens.  In the UK, 88% of ammonia emissions come from agriculture, through the spreading of manures, slurries and fertilisers.

Kevin Hicks explained: ‘Let’s say you have a pig; the pig produces manure, which produces ammonia. That ammonia can then go straight up in the air and destroy the woodland next door.  Or the ammonia could go up into the atmosphere and be reduced to an ammonium ion, it could then combine with some oxidised nitrogen from the back of a car and form ammonium nitrate, and that could fall onto a bog and cause a competition effect between the plants there.  That same molecule could then leave the ecosystem through a stream, and it could travel right down into the sea, causing ocean dead-zones, and from there it can be transformed back into nitrogen and go back into the atmosphere ready to start again.’

More than 85% of England’s total land area receives ammonia concentrations well above the critical levels needed to protect lichens, mosses and other similar plants, and with the number of intensive ‘mega-farms’ expected to increase due to the pressures of Brexit on farming and as demand for meat increases, this problem is only going to get worse.

Another source of ammonia pollution is from transport emissions, and despite its harmful effect on the environment, as far as vehicle emission legislation goes, ammonia is not a regulated pollutant.  Ben Kite, chartered ecologist and managing director of ecological planning company EPR explained: ‘Catalytic converters on vehicles remove pollutants from the exhaust gas by changing nitrogen oxides into reduces forms of nitrogen, like ammonia.’

‘These pollutants are less dangerous for humans but much worse for habitats.’  ‘Ammonia is a particular worry with hybrid cars. When the battery runs out, the motor suddenly kicks in and the car dumps all the ammonia at one point in time. If that happens at a sensitive location for roadside habitats we could end up with a situation where the effects of ammonia pollution become much worse.

Biodiversity plays a vital role in nutrition, as soils become depleted through excessive nitrogen, or habitats become simplified as we lose certain species, this can affect the nutritional composition of food, affecting the nutrients in our diet.The impact that these pollutants are having on the natural world goes far beyond there being a few less butterflies in the garden. Biodiversity loss is threatening the ecological services that nature provides us.

Biodiversity loss can also increase the risk of infectious diseases, as well as limiting the discovery of potential treatments for other diseases and illnesses.

According to a report published by the national academy of sciences, the Royal Society, if no action is taken to reduce ammonia emissions, by the end of 2020 the costs are estimated to be over £700m a year.

Alexandra Cunha from the Joint Nature Conservation Committee (JNCC), the public body that advises the government on conservation issues, told Environment Journal: ‘It is important to understand that when we are implementing measures to protect biodiversity, we are also protecting human health.  For example, if a bog, an ecosystem that is very sensitive to nitrogen dies, the amount of water it can absorb declines, and consequently, this will cause an increase in flooding downstream.  In the UK, we are already dealing with huge problems with flooding, and biodiversity loss is related to this. The government knows this, they just have to balance it with their other economic priorities.’

What has been done?

In January last year (2019), the government produced the first comprehensive Clean Air Strategy, and for the first time, they outlined a plan to reduce ammonia emissions.

However, this approach has been widely criticised for failing to take any significant action.

The government only committed to monitoring emissions from ‘intensive’ poultry and pig farms which house more than 40,000 birds or 2,000 pigs, meaning that many smaller farms slip under the radar.

The policy also completely ignores beef and dairy farms which is a huge loophole when these farms are solely responsible for 40% of all UK ammonia emissions.

Jenny Hawley said: ‘The farming industry has always pushed back from regulation of any kind, and they’ve successfully lobbied against any regulation of this kind. We need to see some more definite and faster changes and that needs regulation. We’ve already missed the 2020 targets for cutting ammonia emissions and we will miss the 2030 targets if we carry on as we are.’

The Clean Air Strategy also outlined plans to reduce nitrogen deposition by offering guidance to local authorities and committing to monitor the environmental impacts annually. However, these plans have also been widely criticised, Friends of the Earth campaigners criticised the strategy for ‘severely lacking in any detail.’

Environment Journal got in touch with Ian Ludgate, an environmental advisor for the National Farmers Union, he made it clear that farmers do want to reduce these emissions, but as always the main barrier is cost: ‘Investing in new infrastructure can be difficult for farmers because it’s expensive and there is little return on investment,’ he said.

It is clear that a more systematic and thorough approach is needed to reduce the air pollutants that are harming the natural environment.  The impact that air pollution is having on biodiversity loss is vast and the human consequences of this are worrying yet, at the moment, very little has been done to talk about this pollution, let alone reduce it.

As stated by Ben Kite: ‘We need better advice to farmers, and we need to encourage sustainable behaviour from the beginning.  ‘We need to ensure that we have the best possible outcome across all boards, you might have an air pollution management area where the local council is trying to push traffic away because of the effect on human health. But that might be pushing it down the road polluting a sensitive habitat. There needs to be more collective communication.’

This article first appeared in the July issue of the Air Quality News magazine, which you can read here.