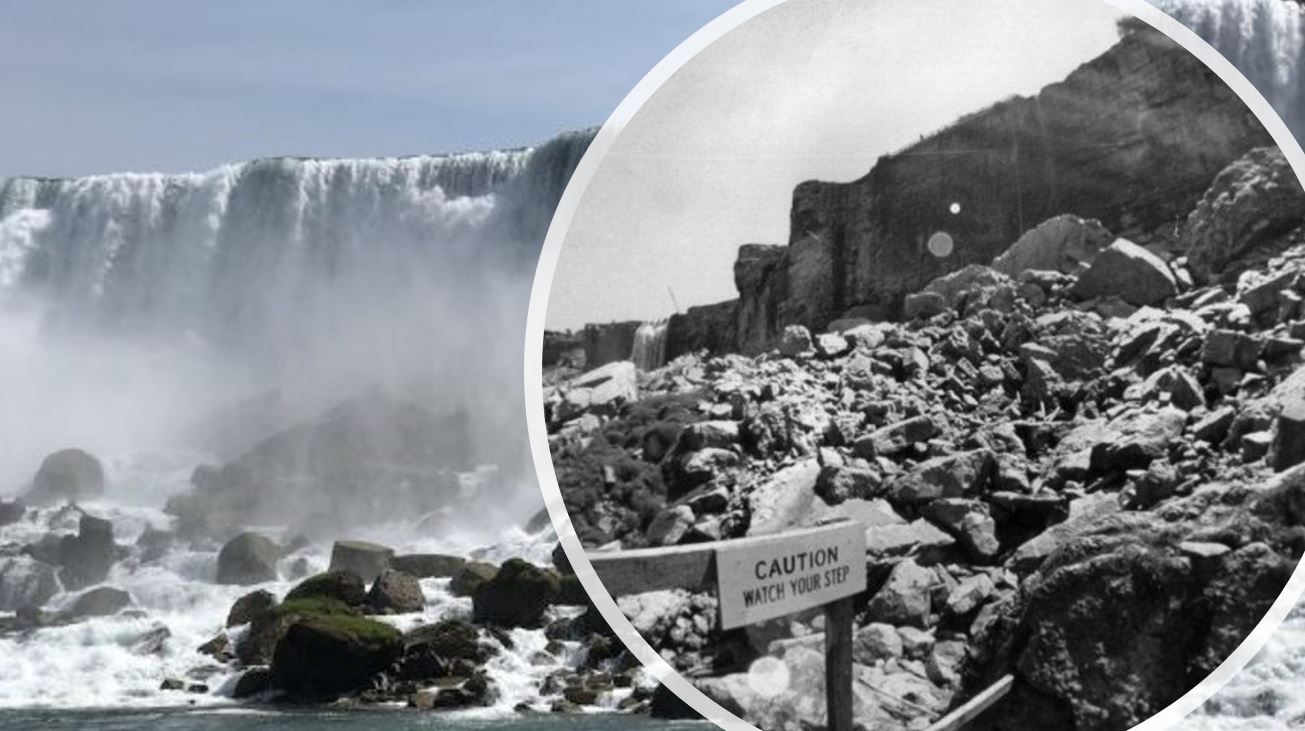 Three years after the announcement of plans of shutting off the American Falls in 2019, state officials now say that the shutdown may not happen this year.  The American Falls “dewatering” did not push ahead because of the lack of funding for the project, which is estimated to be around US $30 million.

The dewatering is part of the efforts to replace a pair of historic bridges which connect the mainland United States to Goat Island “in the most physically responsible way.”  According to a state-issued public presentation, it involves building temporary structures, called cofferdams, to redirect the water flow to the Horseshoe Falls and give way for the replacement of the deteriorating concrete arch bridges.

New York State Parks spokeswoman Angela Berti says that currently the 118-year-old bridges have a metal bridge over the top of it that was built in 2004 to secure itself, which makes it “totally safe, but an eyesore” after restoring the whole park.  The 14-year-old bridges “Functioned adequately to maintain pedestrian access, but were not considered an acceptable long-term solution,” said a state-issued design report. “The temporary bridges need to be replaced because they are not consistent with the character of the park…”

If the funding for the project is granted, it would take an estimated two-and-a-half years of preparation for design, environmental reviews and marketing.

Berti also says the impact on tourism is also a concern, citing the 1969 dewatering for research and study on erosion that had a negative impact on tourism.  However, New York State Parks, Recreation & Historic Preservation is convinced that in this age of social media, the dewatered falls will gain more curiosity and attention.

The time they turned off Niagara Falls:

• The water on the American Falls was diverted using dams in 1969;

•The U.S. Army Corps of Engineers was able to study the geological composition of the Falls and ways to prevent rockslides and erosion;

•Excited tourists walked on the dry riverbed, collecting coins that had been there for decades;

•The tourism industry thought the dewatering would increase visitors, but it was actually one of the worst years for Niagara Falls tourism.

Verde Environmental Consultants provide dewatering services to construction projects where there is a requirement to pump, treat and dispose of waters offsite, allowing for works to be carried out in a safe, dry and environmentally compliant manner. High groundwater levels and surface water run off generally need to be pumped to a suitable treatment system, from where it is treated and monitored prior to discharge.

Verde’s design and scope of an individual site dewatering plan will depend on several factors including:

With the above factors in mind, it is essential that site dewatering is planned and implemented professionally, in order to avoid construction delays, potential structural instability and water quality compliance breaches.