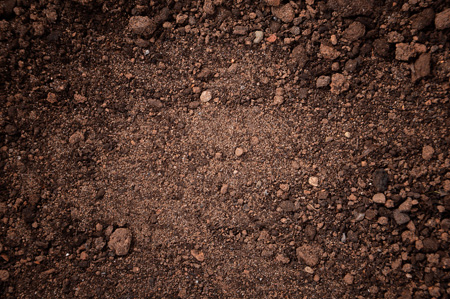 Increased use of energy from waste, recycling and composting as alternatives to landfill have helped reduce landfill tax receipts by 9.4% in 2018/19, according to the latest date from HMRC.

But, the UK Environment Agency this week expressed concern over one ongoing element of landfilling, with regard to the depositing of soil into landfill. The Agency has criticised the fact that soil, which represents 55% of the tonnage of material sent to landfill in 2016, could be cleaned and returned to the land.

Landfill Tax is paid for the disposal of material at a landfill site and is intended to incentivise the diversion of waste from landfill to other less harmful methods of waste management.  The tax is charged by weight and there are two rates: A lower rate of £2.90 for inert waste or a higher, standard rate set at £91.35 per tonne.  According to HMRC, the latest reduction is mainly explained by an increase in the use of alternative waste treatment methods such as incineration, recycling and composting.

And, it says that the figures are also impacted by the devolution of Landfill Tax in Scotland and Wales, with receipts from these countries not included from April 2015 and April 2018 respectively. However, the data shows that the landfilling of standard-rate material is falling at a faster rate than that of inert material, such as soil.

In its latest State of the Environment update published this week (3 June) on the subject of soil, the Environment Agency commented that “once soil is lost, its ability to deliver its functions is very difficult to retrieve and, in the long-term, this could be catastrophic.”

It highlighted the issue of soil entering landfills rather than being effectively recycled, with the report stating: “In 2016, 58.7 million tonnes of soil was removed in urban areas, making up 26% of all waste generated in the UK. Some soil will be recycled and used for landscaping, but soils remain one of the largest components of landfills with over 28 million tonnes sent in 2016. This was 55% of the tonnage received.”

The report argues that “Improved farming practices and land use are needed to rebuild the soil’s carbon stores and prevent the generation of greenhouse gases from soil. This will be crucial in England’s attempt to limit the effects of climate change”.

And, it adds that in 2016, 58.7 million tonnes of soil was removed in urban areas, making up 26% of all waste generated in the UK.33 Some soil will be recycled and used for landscaping, but soils remain one of the largest components of landfills with over 28 million tonnes sent in 2016.This was 55% of the tonnage received.

Emma Howard, Chair of the Environment Agency, said: “Soil holds three times as much carbon as the atmosphere, it reduces the risk of flooding by absorbing water, it is a wildlife habitat, and it delivers 95% of global food supplies. Unfortunately, it is a limited resource under pressure from climate change, population growth, urban development, waste, pollution, and the demand for more (and cheaper) food.”

Verde Environmental Consultants undertake characterisation of soils as required by landfill regulations and undertake the necessary sampling to assess whether a waste is classified as hazardous or non-hazardous.

Our specialists are trained in the use of the appropriate classification tools and have an in-depth knowledge of the relevant legislation and guidance, which allows them to guide clients in establishing cost effective and sustainable soil management solutions.