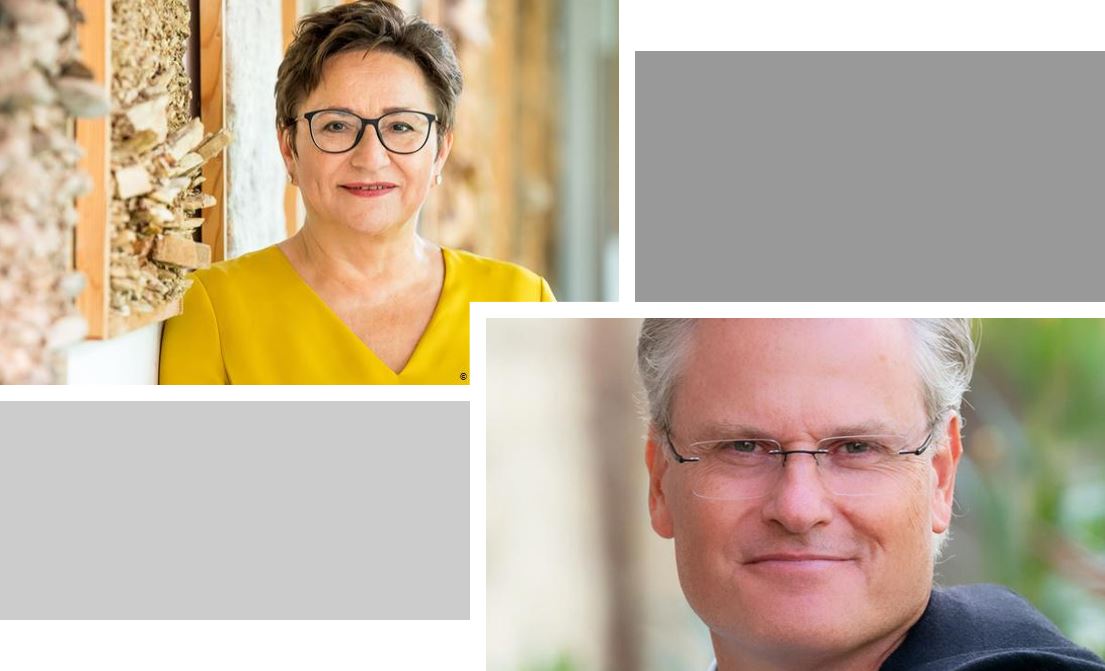 German soil scientist Ingrid Kögel-Knabner and eco-entrepreneur Reinhard Schneider picked up the 2019 German Environment Prize at a ceremony in Mannheim on Sunday.  They share the €500,000 ($554,000) in prize money from the highest endowed environmental prize in Europe, which was presented to them by German President Frank-Walter Steinmeier.

Alexander Bonde, secretary-general of the German Federal Environment Foundation (DBU), hailed the pair as “trailblazers in environmental protection who provide future solutions for the enormous ecological challenges we face.”

Soil a major store of CO2

Kögel-Knabner was described as one of the “most renowned and influential soil scientists in the world,” whose discoveries into how climate-damaging carbon is bound in the soil are “a milestone.”

Soil erosion is a contributory factor in climate change. Healthy soils are vital habitats for plants, animals, insects, important bacteria and other organisms and are the largest stores of carbon dioxide (CO2).  More than 10% of EU land is moderately to severely affected by soil erosion, according to the European Environmental Agency.

Meanwhile, entrepreneur Reinhard Schneider, whose company produces green detergents and similar products, was hailed as the “pioneer of the circular-flow economy.”  From his company Werner & Mertz, founded in 1986, various brands emerged, the best-known being “Frosch.”

The audience heard that Schneider won for consistently recycling plastic in his firm’s packaging and by using domestic raw materials such as flax, hemp or olives instead of using the controversial palm oil from tropical regions.

In Germany alone, around 630,000 tons of cleaning waste from private households is discharged into the sewage system every year. Many cleaning agents cannot be completely filtered by sewage treatment plants and are deposited in the environment in the long term.

Other recent winners include Ursula Sladek, the owner of a small Black Forest power company that provides electricity from renewable energy sources to Germany’s power grid, and the Leipzig Waste Water Experts, a team of scientists who helped to protect Jordan’s water resources. Jordan is one of the three nations most affected by water scarcity.

Verde Environmental Consultants undertake characterisation of soils as required by landfill regulations and undertake the necessary sampling to assess whether a waste is classified as hazardous or non-hazardous. Our specialists are trained in the use of the appropriate classification tools and have an in-depth knowledge of the relevant legislation and guidance, which allows them to guide clients in establishing cost effective and sustainable soil management solutions.