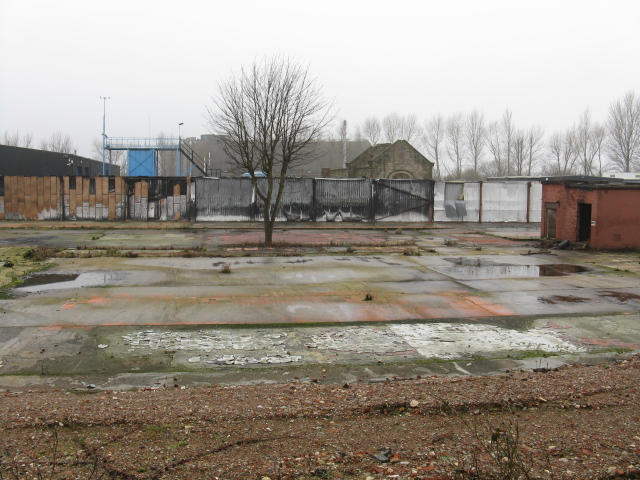 Soil contamination is an issue that is strongly linked to our common past and part of the story of how Europe first became the industrial and later the environmental frontrunner in the world.  The European Environment Agency talked to Mark Kibblewhite, Emeritus Professor at Cranfield University, United Kingdom, and one of Europe’s leading soil experts, to better understand the issue of soil contamination.

What does soil contamination mean?

In principle, soil that is contaminated is soil that has any substances added to it by human activity. This can happen directly or indirectly and it might be that the contamination took place a very long time ago or it could be happening right now. It is a serious problem when land is used for something where there is a possibility of people being exposed to soil contaminants. It is hard to remove soil contamination and the cost of this is often very high. It is very onerous for a generation to clean up the mess made by many past generations.

What are the main sources of soil contamination? What can be done to address it?

The range of different types of contaminants is vast, including not just metals but a range of organic molecules, pathogens, biologically active materials, radioactive substances and so on, and all these have different sources.

Regulations and standards have been increasingly successful over the past 30-40 years in preventing soil contamination. Meanwhile, many heavily contaminated sites have been brought to safer conditions, although many remain that have not been dealt with. A very wide range of technologies can be used to reduce the risk of soil contamination, either by removing the contaminant or by containing it. The critical issue is the level of residual risk we are prepared to accept in the context of the cost of remediation.

How much of past contamination are we able to clean up? How are these sites selected?

The two big drivers for cleaning up soil contamination are risks to human health and to surface water and groundwater quality. Meeting the EU’s Water Framework Directive targets can require soil remediation to protect aquatic ecology. A third driver is agricultural production and ensuring plant health and food safety.

A lot depends on the end use of the land and the availability of funding from developers. In cities with a long industrial past, soil contamination in very-high-value areas, such as business districts or big developments near water, has now largely been dealt with, so risks are contained. This is good progress, but for areas without a high current economic importance, it is often not possible to secure funding for remediation.

We have made huge progress in cleaning up soils in Europe but we still have a problem. There are many places in Europe where the economic incentives and motivation to clean up soil contamination have not yet emerged. In the end, the key question is what level of risk we are prepared to accept, and where those risks are exceeded what we will do about it.

How is agriculture linked to soil contamination?

Two metals are particularly important in this context: cadmium and copper. Cadmium is an impurity in phosphate fertilisers and there is always some additional cadmium in soil where these are used. The amounts may be very small but they are cumulative. As cadmium is a carcinogen, we need to monitor this accumulation carefully. A lot of work has been and is being done to quantify this problem and explore how to reduce cadmium in fertilisers. Copper is found in areas that have vineyards and where the metal was used historically as an antifungal agent. This copper has unfortunately accumulated in soil. Once these and other metals are added to soil, they remain there and there are few realistic prospects for removing them.

Pesticides are another problem linked to agriculture. We know, for example, that organochlorine pesticides, which have long been prohibited, are still in soils across all of Europe. With current pesticides, the focus on their impact on the soil biota has been rather limited. They may create problems that we have not noticed yet. Also, our regulatory regime on agricultural chemicals’ impact on soil is in my opinion rather weak.

How does soil contamination affect biodiversity?

Our understanding of the impacts of soil contamination on soil biota and soil functions is relatively poor and today there are some complications linked to soil contamination and above-ground biodiversity. Many sites across Europe have been abandoned for decades and as a consequence have become important reservoirs of species and biodiversity following natural regeneration. Cleaning them up may damage this biodiversity.

Thinking globally, we have to recognise that especially our airborne emissions may contaminate soil very far away and impact on soil biodiversity; therefore, we have a responsibility to make sure these emissions are minimised. Even in the polar regions and other very remote areas, we find contaminants that are entirely of human origin.

What other type of knowledge is missing about soil contamination? What are the emerging issues?

We may have underestimated radioactivity as a problem. It is a widespread lower-level issue but there are also some hotspots, such as cities with old jewellery and watchmaking areas. These areas can contain enhanced levels of radioactive soil contamination from luminescent and other substances that have been used in small-scale workshops.

By combining new spatial data sets and soil information, we will get a much clearer idea of where there is contamination. In parallel, epidemiological studies are getting ever more sophisticated and we have more and more information about the instances of disease that are linked to specific areas. When these two things come together, we may find that some diseases we observe in the general population can be clearly linked to soil contamination, which has been hard to demonstrate up to now.

What kind of positive progress do you see for the future?

The best thing for the future is to prevent further soil contamination. We can build on existing regulations controlling industrial soil contamination and engage citizens more directly. Plastics are a good example. We already have a citizen-driven movement to reduce the use of plastics and I’m very optimistic that as people become more aware of the impacts of their individual actions they will change behaviours and this will have a positive effect on soil management generally, including contamination.

Our services to clients with contaminated land problems.