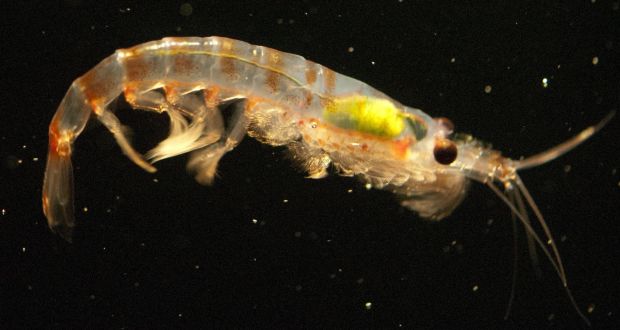 Fishing industry calls for review of seismic surveying in Irish waters in light of Australian study which finds seismic testing for oil and gas at sea can destroy plankton.

The Irish Government has been called on to review seismic testing for oil and gas in Irish waters, following a newly-published Australian study showing such exploration techniques can destroy plankton populations.

The research by the University of Tasmania and Curtin University found that air gun signals which are commonly used in marine petroleum exploration can cause a two to three-fold increase in mortality of adult and larval zooplankton.

The research prompted calls from within the fishing industry for the Government to review licensing terms for seismic testing in Irish waters.

Zooplankton underpin the health and productivity of global marine ecosystems and the new study found seismic testing has “significant and unacknowledged potential” for negative impact on “ocean ecosystem function and productivity”.

“We counted the number of live and dead zooplankton collected in nets using a special staining technique and found that two to three times as many zooplankton were dead following the air gun operations than those collected before,” his colleague, Prof Jayson Semmens, has stated.

“Plankton underpin whole ocean productivity,” Prof McCauley said. “Their presence impacts right across the health of the ecosystem so it’s important we pay attention to their future.”

Lorcán Ó Cinnéide, national secretary of the Irish Fish Processors’ and Exporters’ Association, said State authorities must take note of the new research, given the potential impact on marine resources.

Mr Ó Cinnéide, who is a board member of the Marine Institute but emphasised he was speaking in a personal capacity, said skippers working on prawn grounds on the Porcupine Bank off the west coast had long observed that stocks were not the same after seismic testing for oil and gas.

Fishermen recently interviewed for a report on the research by TG4’s Seacht Lá programme concurred with his view.

Mr Ó Cinnéide said research should be commissioned here, which might be tied into seismic survey licensing. Oil and gas companies already pay for research into the impact of seismic testing on whale and dolphin populations.

“Given the interest there is around the world on this topic, I don’t think it makes much sense for us to ignore it, “Mr Ó Cinnéide said.

The Department of Communications, Climate Action and Environment did not respond to the detail of the Australian study.

However, it said, as “regulator of petroleum authorisations, including seismic surveys”, it had “appropriate systems in place which aim to ensure that such surveys are carried out in an environmentally sustainable manner”.

The Government’s integrated marine plan, Harnessing Our Ocean Wealth, recognises the importance of Ireland’s rich marine biodiversity and ecosystems, it said, and seismic surveys are “assessed in accordance with the Environmental Impact Assessment Directive, the Habitats Directive and the Birds Directive”.

An evaluation of the potential environment effects of any proposed seismic survey is carried out by the department’s independent environmental consultants,it said.

Consultation also takes place with the National Parks and Wildlife Service, it said, and “practices are regularly reviewed in accordance with international best practice in this area”.

Article courtesy of The Irish Times