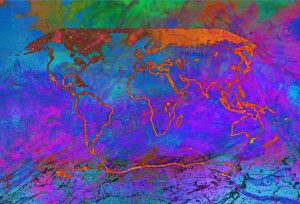 A UN Intergovernmental Panel on Climate Change (IPCC) report provides irrefutable evidence that global warming is caused by human activity, showing that its effects are likely to worsen, and has led to widespread calls for more ambitious targets to be adopted by global leaders.

The report, compiled by more than 230 climate scientists, warns that major climate disruption is inevitable and, in many instances, irreversible.  It says rising sea levels, driven by carbon emissions, are likely to persist for many hundreds of years and the climate crisis “is unequivocally caused by human activities”, most notably fossil fuel usage.

The report says that if emissions do not fall in the next 20 years, a 3-degree rise looks likely, shattering any hope of containing temperature increase to 1.5 degrees – a key Paris Agreement target.  This would have widespread catastrophic effects, especially in the form of more frequent extreme weather events. If emissions do not fall at all, the report says the world will be on track for a 4 to 5-degree increase this century, which scientists have previously warned would make for an unliveable planet.

UN secretary general António Guterres led calls for global ambition in cutting emissions to be scaled up to enhance the likelihood of a meaningful outcome at November’s international COP26 summit in Glasgow.  “Today’s IPCC Working Group 1 Report is a ‘Code Red’ for humanity… This report must sound a death knell for coal and fossil fuels, before they destroy our planet,” he said.

Ireland’s most senior scientist with the IPCC, Prof Peter Thorne of Maynooth University, said the findings demonstrated that “the choices we make today will reverberate for millennia to come”.  He said in order to limit global warming, strong, rapid and sustained reductions in carbon dioxide, methane and other greenhouse gases were necessary.

Prof Thorne said the findings on the potential rise in sea levels “are quite harrowing” for Ireland.

Minster for Climate Eamon Ryan said the report provided “ever greater certainty about climate change and ever greater urgency about the need to tackle it”.  “If global temperatures rise by more than 2 degrees above pre-industrial levels, there will be critical consequences for agriculture and health,” he said.

Mr Ryan said nations should use COP26 to respond to the immediate threat, but expressed concern that the same energy and momentum that led to the landmark Paris Agreement in 2015 did not appear to be present.

Regarding Ireland, he said changes in land use, including agriculture and rewetting peatlands, would not only reduce emissions but increase resilience by providing “much better protection against what we know is coming”.  The Government is set to publish its Climate Action Plan next month and the Climate Change Advisory Council is working to set an overall carbon budget, which is due to be announced in the autumn.  Once that draft budget is announced, Mr Ryan will consult Cabinet colleagues on the carbon ceilings to be put in place for each sector.

Irish officials are examining the implications of technical changes under consideration by the IPCC on how methane emissions are calculated, which were flagged in the report. Sources indicated these changes, if adopted, could significantly reduce the total figure for agricultural methane emissions in Ireland, but that emissions reductions would still be required from the sector.

Minister for Agriculture Charlie McConalogue said “climate change is a reality and farmers, more than most, are aware of that and dealing with the impact of extreme weather conditions”.

Dr Hannah Daly, an emissions expert with UCC’s MaREI institute, said many would feel a sense of despair from the IPCC report.  “A certain amount of damaging global warming is locked in, and extreme weather events will become more frequent and damaging until we completely stop emitting greenhouse gases,” she said. “Every choice, every emission, and every bit of warming matters. How bad climate change will get depends on our actions and choices from now.”  She added: “Here in Ireland though we have very high per-capita emissions, we now have one of the strongest climate laws in the world. Every person can do their bit to limit the worst of climate change by not using peat, coal, oil or gas, not eating carbon-intensive foods, and buying fewer products. But personal changes can only go so far.”

Every person had unique talents and power to influence, which they can use to bring about the systemic changes that are needed in businesses, communities, institutions and policy system to drive down emissions, Dr Daly believed.

Ireland was in a very strong position to actually reduce “the global warming we have already caused”, she said, by tackling emissions of methane, “a short-lived but very powerful greenhouse gas arising from our agricultural practices.  In Ireland we are one of the highest per-capita emitters of methane from agriculture in the world. The new IPCC report is clear that a strong reduction in methane is necessary prevent the worst climate change scenarios.  The food industry recently committed to a 10 per cent reduction in methane by 2030 in the Food Vision 2030 report published last week, falling far short of what is needed to meet national and global obligations,” Dr Daly said.

The strongest thing the Government can do on the global stage will be to set a far more ambitious target for agriculture in the upcoming carbon budget process, “underpinned by a fair transition plan for farmers, and use this as a basis to negotiate a strong global methane target at the COP26 meeting in Glasgow this November”.  “A diversified agricultural system with more room for nature will be more resilient to climate change, will reduce emissions and will create more opportunities for farmers to play a part in our sustainability transition,” she pointed out.