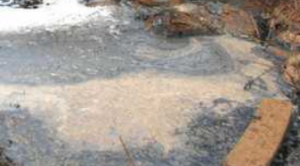 River water quality has fallen sharply because farmers are forced to spread slurry between set dates and not when it is safest to do so, the Association of Farm and Forestry Contractors in Ireland (FCI) has said.  Speaking at the Oireachtas agriculture committee, the group’s chief executive Michael Moroney said current rules are not “based on either science or technology”, are impractical for farmers and are unsustainable.

Farmers are permitted only to spread slurry – an organic manure that accumulates when cattle are housed over winter – on set dates depending on their county between January and the end of September.  The Environmental Protection Agency (EPA) has warned repeatedly that river water quality is being damaged by nitrogen and phosphorus run-offs coming mostly from waste water and agriculture, especially in the strongest dairy regions in the south and southeast.

Decisions about spreading should be made on locally available information on air and soil temperatures, soil moisture, grass growing conditions and predicted rainfall, in particular, the committee heard.  All of this information is available but it is not co-ordinated to ensure good decision making, Mr Moroney told Sinn Féin TD Martin Browne. “We’re just picking a date in the calendar irrespective of the weather.”

Many farmers are keen to spread as much slurry as possible in January because of a storage build-up over winter and fears that they could have to keep cattle indoors for longer if faced with a wet spring, as happened when the Beast from the East and other storms struck in 2018.

The Department of Agriculture’s current plan will be to ban slurry spreading from September 15th, 2023, until January, but Mr Moroney argued that this would not solve the problem.

“It will mean that there’ll be a higher concentration of slurry spreading on the 15th of January,” he said. “It will mean that at that point it will be like the floodgates opening and that decision to spread in January will be made irrespective of weather conditions unfortunately. The end result is that a lot of the slurry will end up in the wrong places.”

The association, represents 1,000 contractors who carry out more than 80 per cent of contracting work on 139,000 farms annually, including slurry spreading and harvesting later in the year.  However, the contractors are not able to apply for the Targeted Agricultural Modernisation Scheme (Tams) that offers 40 per cent grants for farmers to invest in Low Emission Slurry Spreading (Less) equipment that can cost up to €60,000.  The environmentally friendlier slurry spreaders can cut ammonia emissions by up to 30 per cent. Up to 90 per cent of farms should be using this equipment by 2027, but a Teagasc report showed that just 3 per cent were doing so in 2020.

The Tams grants should be made available to contractors, who do most of the work, said Mr Moroney, given they can serve a community of farmers with one machine rather than individuals buying machines.He also said that some farmers are buying this equipment for tax write-offs, or because they need it on the farm to meet sustainability targets. But they are not using the machines, which spread slurry closer to the ground. “We are the hidden asset of Irish agriculture but nobody wants to talk to us, nobody wants to consider the role of the contractor,” said Mr Moroney. He added that contractors have always been “early adopters” for new and better equipment.

FCI also argued that tillage farmers should be given grants to build slurry storage on their farms to take slurry during the closed winter months from dairy, pig and beef farms which they could then use during the qualifying months.

We have built a team of water resource assessment specialists who are focused on delivering quality  hydrogeological services to our clients in industry, such as: