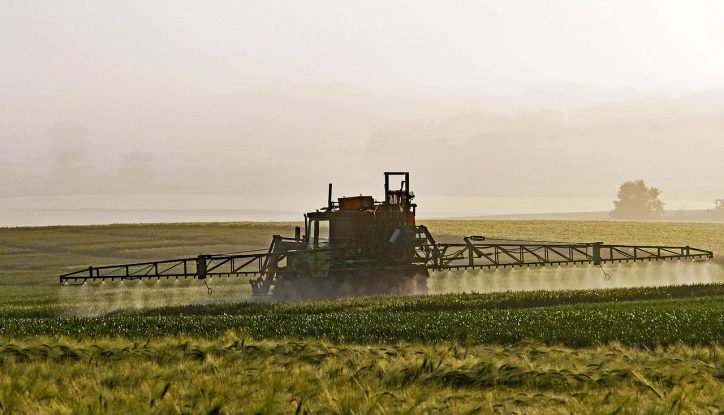 Rising ammonia emissions from the agricultural sector remain one of the key contributors to air pollution in Ireland, the Environmental Protection Agency has warned.  According to the EPA’s latest figures, ammonia emissions increased by two per cent in 2017. The upsurge is emissions are expected to continue out to 2030.

The agriculture sector accounts for 99 per cent of Ireland’s total ammonia emissions, with the decomposition of animal manures and the application of fertilisers the primary culprits.

Ammonia emissions are harmful to the environment through the likes of soil and water contamination, as well as to human health by triggering respiratory problems.

Dr Eimear Cotter, director of the EPA’s office of environmental suitability, said that the agency had observed an “upward trend” in ammonia emissions “in tandem” with increased agricultural production.  “The underlying driver for these emissions is the application of more animal manure to soils — mostly as an organic fertiliser — and the increase in the use of inorganic fertilisers,” she added.  “This has implications for air and water quality,” Dr Cotter said, adding that the problem should be addressed in a new national air pollution programme currently out for public consultation.

The other key air pollution sources include nitrogen oxide, with emissions down in 2017. However, such emissions would still be non-compliant by 2030, the EPA said.

According to the environmental watchdog, sulphur dioxide and particulate matter emissions decreased in 2017 and are estimated to remain in check.

The EPA also found that emissions of volatile organic compounds – a large group of carbon-based chemicals that easily become vapours or gases – have also increased and are projected to surpass the 2030 emission ceiling.

In March, Teagasc warned that greenhouse gas and ammonia emissions from the agriculture sector are increasing on Irish farms.  The average dairy farm, for example, emitted 502.5 tonnes of greenhouse gas emissions in 2017 compared to figures well under 150 tonnes for the average cattle, sheep and tillage farm.  While farm level emissions efficiency is “improving” leading to fewer carbon and ammonia emissions per unit, the report shows that emissions are increasing over time on farms that are growing in size.

The report found that it would be challenging to reduce aggregate emissions while also increasing food production, particularly in the dairy sector.  According to the report, there is a positive link between economic profitability and emissions efficiency, with the highest levels of efficiency found on the most profitable farms.

An Taisce’s Advocacy Officer Ian Lumley said that both the EPA and Teagasc findings make it clear that “ammonia emissions will worsen” under current policies of “increasing bovine agriculture and fertilizer use”.  “Action on reducing ammonia needs to be taken in conjunction with a major reduction of the greenhouse gases and damaging nature impact of Irish agriculture under current FoodWise 2025 strategy for expanding beef and dairy exports,” he added.