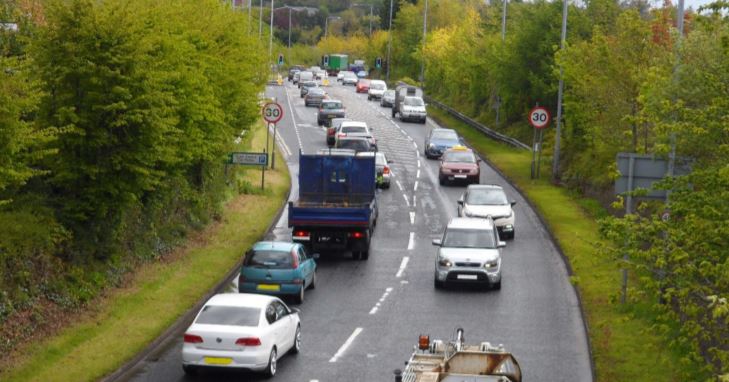 A revised environmental statement covering the controversial proposed A5 Western Transport Corridor (A5WTC) dual carriageway from Londonderry to the Irish border at Aughnacloy has been published for consultation by the Northern Ireland Department for Infrastructure.

The move, on 26 March, follows a ruling by the High Court after the department decided not to defend a legal challenge submitted by the Alternative A5 Alliance (AA5A) in December 2017. This led to the court and the department agreeing to throw out associated development decisions and orders by the department that had been based on the previous Environmental Statement covering the 85-kilometre scheme in November 2018.

The department now says “work has been progressing to enable a fresh decision on whether to proceed with this Flagship project to be taken”. It still sees the project as a strategic priority.  In particular, the project aims to improve links between the urban centres of the west of the province, including Strabane, Newtownstewart, Omagh, Ballygawley and joins the existing A5 just south of Aughnacloy, while “providing a strategic link with international gateways”.  The revised A5WTC draft Environmental Statement and updated draft reports on information covering environmentally sensitive sites will “inform an appropriate assessment on a number of environmentally sensitive sites in the vicinity of the proposed new road”, it says. It says the baseline and timescale have now changed since the ES was delivered to the 2016 public inquiry at the time.

There are some historical features lying close to the route, including Harry Avery’s Castle at Newtonwnstewart, a rare example of defensive work by an Irish chieftain.

On 25 March, the department also announced a public consultation on its Environmental Statement for the unrelated but key £67m A1 Junctions Phase 2 Road Improvement Scheme, involving four fly-overs, a link road, slip road and other safety changes to the central reservation. The A1 is an arterial route linking Belfast and Dublin, and is part of the busy Eastern Seaboard Key Transport Corridor carrying up to 40,000 vehicles an hour. Subject to public acceptance, or successful defence at public inquiry, the project will still need to secure funding before proceeding.

We have the experience to manage the EIA process from inception through to production of the EIS in support of the planning submission, progressing the EIA process smoothly, ensuring adherence to legislative and planning guidance, while developing appropriate, innovative solutions for your development.  Our informed and balanced approach to the whole environment when dealing with projects gives clients the benefit of integrating all environmental issues with their individual development issues.