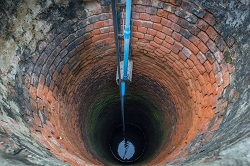 The fight against water scarcity is becoming one of the main 21st century challenges, with securing a clean supply key to efforts. The REGROUND project has developed a novel, green ground water-innovation and is ready to introduce it to European markets.

Municipal, agricultural and industrial demand for water is growing worldwide. At the same time, water resources are increasingly being degraded, due to infrastructure erosion and pollution.  Toxic metals contaminating groundwater sites, drinking wells or river bank filtration sites, present the most common threat; with numerous methods available for their removal or immobilisation. However, these frequently require a prohibitively high financial and technical investment, making them unavailable to many regions.  To combat this situation, the EU-funded REGROUND project has developed low cost nanogeotechnology for the immobilisation of toxic contaminants. The project applied the groundwater remediation technology at real-scale, with three pilots and two large-scale barriers installed within industrially-polluted sites, observing the reduction in dissolved toxic heavy metal in groundwater.

An adsorptive in situ barrier

Prior to the REGROUND project, the team had already had a few years’ experience developing technology which injected iron oxide nanoparticles (NPs) into groundwater contaminant plumes. The feasibility of this approach was successfully tested in lab experiments and in the field.

Outlining REGROUND, the project coordinator Dr Sadjad Mohammadian says, “Our consortium has worked on several projects using nanotechnology for environmental applications. Different aspects of the proposed technology, including distribution of particles in the underground, synthesis of new particles, reactivity and environmental toxicity, have been developed by our members. In REGROUND we consolidated this knowledge to upscale and bring it to the market.”

The REGROUND’s barrier method works by injecting the high-tech iron oxide NPs into sediments, using simple wells in aquifers. The NPs travel pre-determined distances and then precipitate on the aquifer material, without blocking pores.

For Dr Mohammadian this stage represented the biggest challenge to the project, “We had to produce meta-stable NPs; that is, that remain in suspension, not precipitate or sediment during synthesis, production, transport and injection, only starting to precipitate after injection.” As Dr Mohammadian goes on to explain, “This required us to develop an innovative synthesis, easily adaptable to the properties of each aquifer.”

The contaminated groundwater then flows through this NP zone, where the dissolved toxic heavy metals are adsorbed to the NPs, with metal-free water then released downstream. As it is easy to apply and does not require large-infrastructure and soil removal, cleaning costs are significantly reduced.

After two pilot applications, REGROUND adopted the innovation for two contaminated aquifers in industrial locations, in Spain and Portugal.

As Dr Mohammadian summarises, “The technology’s near-market replication and subsequent commercialisation efforts are an integral part of REGROUND. This will enable immobilisation of toxic metal contaminations at sites which have been left untreated so far due to technical or economic reasons.”

The ambition of REGROUND aligns with the scope of the EU’s water policy, specifically Directive 2013/39/EU, which seeks to bring new water cleaning technologies to the market. To further advance the work more immediately, the project team is now entering the market of groundwater reclamation by creating a spin-off company. This company will apply NPs to other contaminations, such as cyanides and polycyclic aromatic hydrocarbons (PAHs).   Expanding on this, Dr Mohammadian says, “By bringing our cost-effective technology to the market, we will help stimulate innovation in the water sector, facilitating public and private efforts to improve European, and global, groundwater recovery.”