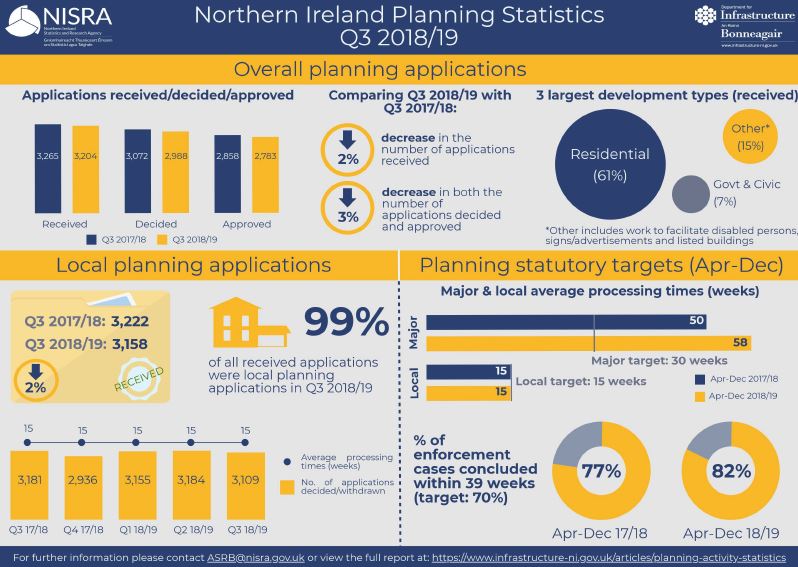 Provisional Northern Ireland Planning Statistics for the third quarter of 2018/19 are now available. These data provide an overall view of planning activity.

There were 3,204 planning applications received during October to December 2018 (Q3), up by 9% on the previous quarter, but down by 2% on the same period a year earlier. This comprised 3,158 local and 46 major applications.

Verde Environmental Consultants provide a comprehensive range of environmental services to Planners including: