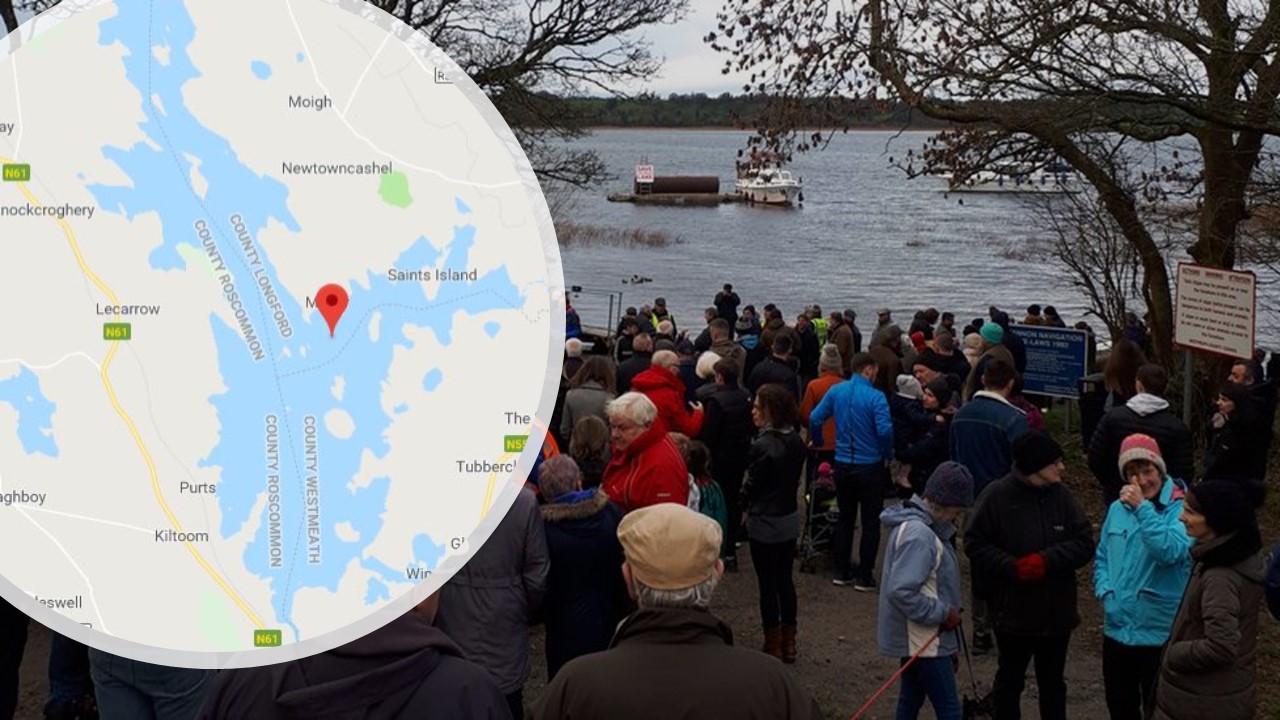 Over 300 people attended a protest in Westmeath last weekend against plans to extract some nine million gallons of water a day from Lough Ree.  It follows a planning application to Westmeath County Council by Irish Water for two major pieces of infrastructure at Portaneena, Killinure.

Plans for a raw water intake works and water treatment plant follow planning approval granted for the water extraction by An Bord Pleanála in 2007.

The protest organised by the Ballykeeran Residents Association heard calls for the water intake works to be relocated elsewhere in the lake system.  Opponents claim the site for the water intake, at a location in Lough Ree’s inner lakes, is unsuitable due to the relatively static nature of the inner lake’s water. It is estimated that water in the inner lakes is static and only turns over every tw-and-a-half years, compared to a 30-day flush-through on the main lake.

Michael Hickey, chairman of Ballykeeran Residents Association, said: “There is a better way to provide water to the people of Westmeath, Roscommon and Longford than what is proposed here by Irish Water.”

Campaigners are also opposing the development of the intake works infrastructure at Portaneena amenity area, a popular family leisure area and public access point to the lake.  Local resident Catherine Fallon said: “If Westmeath County Council, Irish Water or An Bord Pleanála think they are going to take this little bit of land off the people, they have another thing coming.”

The protest, which took place at the Portaneena amenity area, was attended by local residents, members of the local angling and waterways community and River Shannon conservation groups.  Mayor of Athlone Cllr Frankie Keena and Cathaoirleach of Westmeath County Council Cllr John Dolan both voiced their opposition to the plans at the protest.  Representatives of local angling groups expressed concern at the impact on pike and perch breeding grounds of the piping of effluent from the water treatment process back into the inner lakes.

Irish Water said the Portaneena proposal is necessary to increase the security of the water supply for customers in Athlone, Mullingar and Moate and surrounding areas.