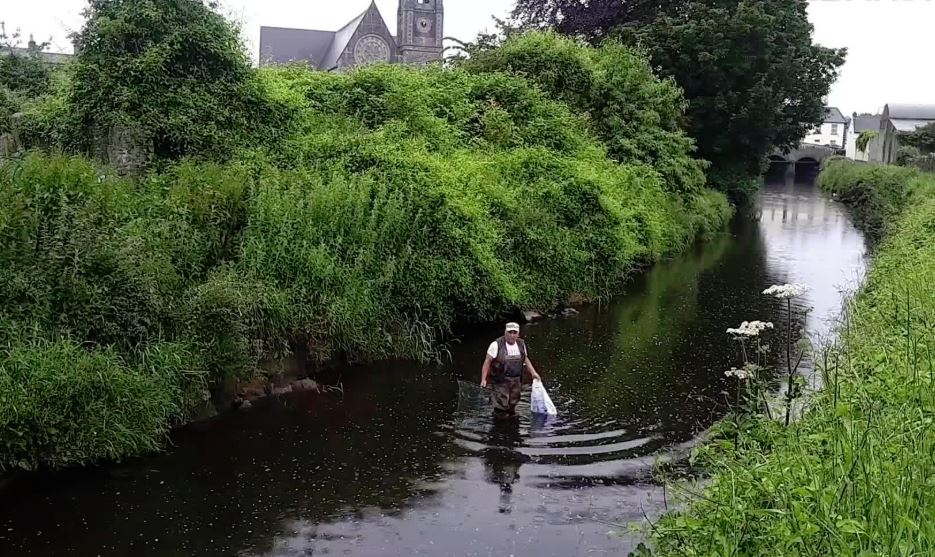 The number of fish killed by suspected silage runoff pollution in a Laois river has risen to thousands say the local angling club.

Mountmellick Angling Club is counting the cost of the pollution to the Owenass river which they say will take 10 to 15 years to recover.

Tommy Quigley their government appointed Water Keeper was wading through the river in Mountmellick this Sunday morning June 23. Dead fish were floating all around him. “Trout, minnows, salmon, plaice,  crayfish, all gone,” he said.

The dead fish were first noticed last Thursday. Some are still fighting for life at the river edges.

Algae has bloomed all along in the river growing on the pollution and is using up all the oxygen.

“I watched them last night between 2am and 4am when the oxygen is naturally at its lowest in the river. They were swimming around in circles looking for oxygen, and turning over and dying,” he said.

The club estimates that the pollution has so far killed fish in up to 5 miles of the Owenass, a tributary of the Barrow river.  It is the first kill from pollution to hit the healthy oxygen rich river, a Special Area of Conervation, in about seven years.

It is understood that the source has been identified by the Irish Fisheries Board.