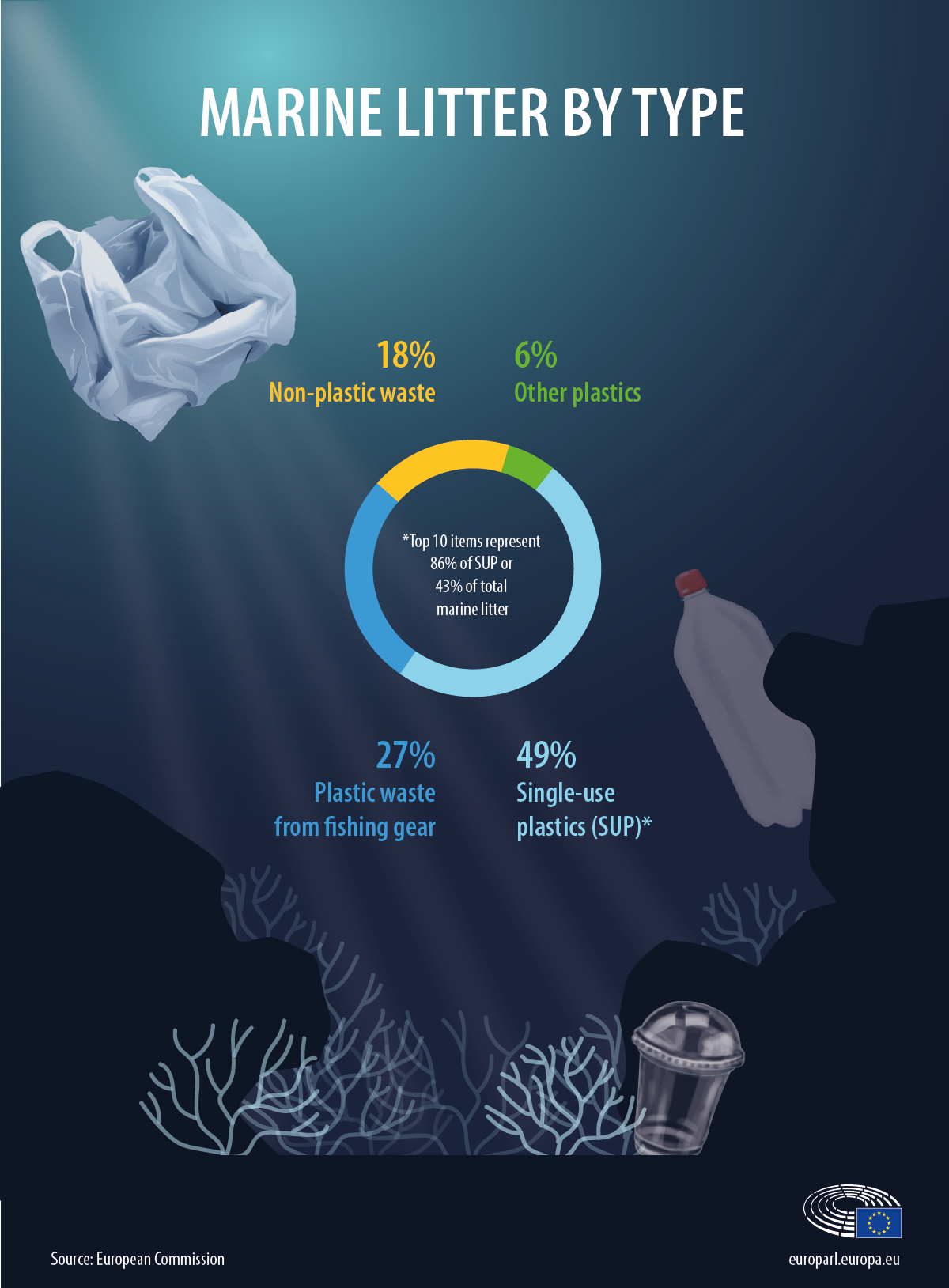 The results of today’s single-use, throw-away plastic culture can be seen on sea shores and in oceans everywhere. Plastic waste is increasingly polluting the oceans and according to one estimation, by 2050 the oceans could contain more plastic than fish by weight.

A total ban is proposed for single-use plastic items for which alternatives in other materials are already readily available: cotton buds, cutlery, plates, straws, drink stirrers and balloon sticks.

For the rest, a range of other measures is proposed:

For fishing gear, which accounts for 27% of sea litter, producers would need to cover the costs of waste management from port reception facilities.

MEPs will discuss the new rules during the plenary sesson on 22 October and vote on them the following day. 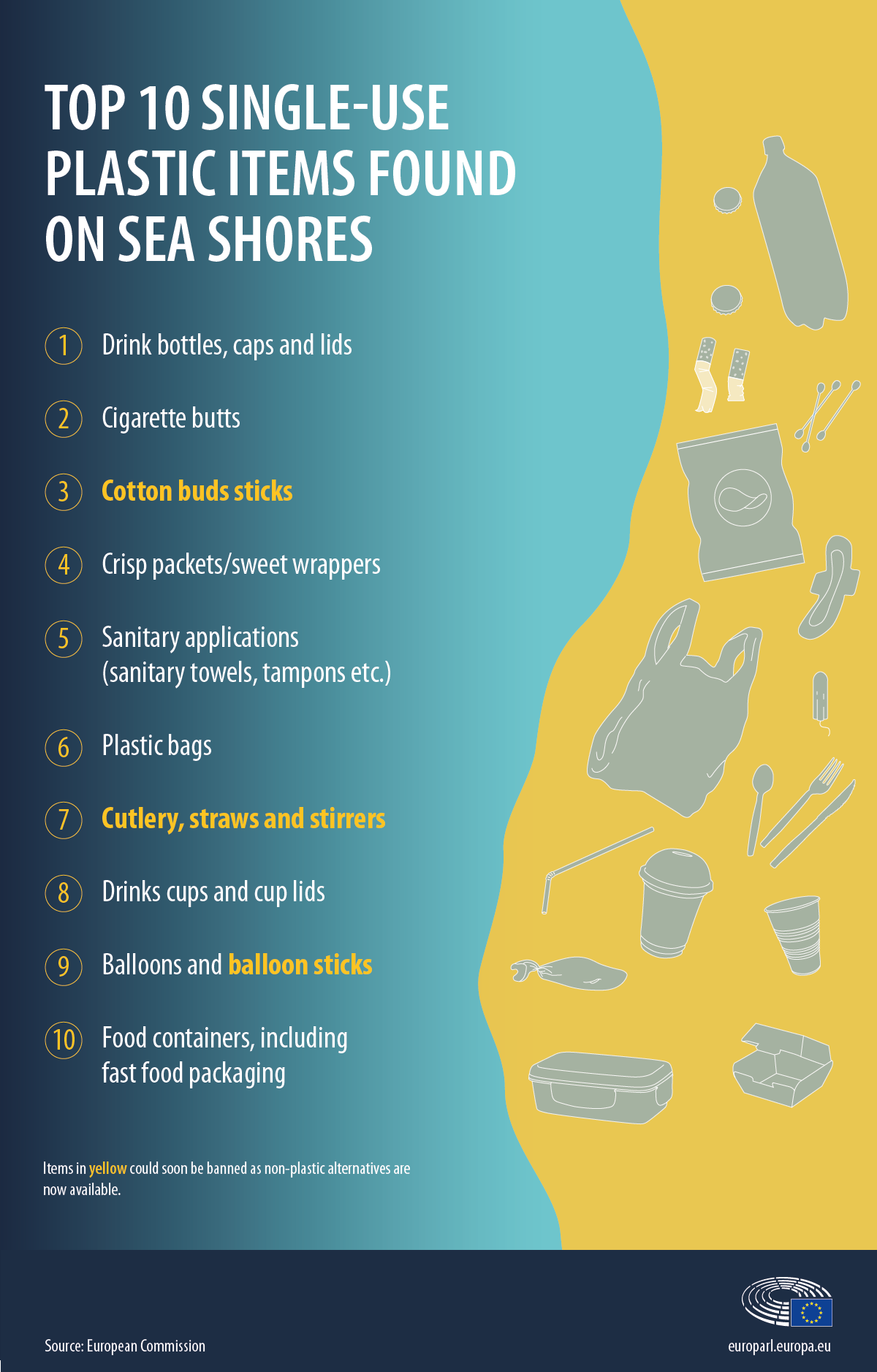