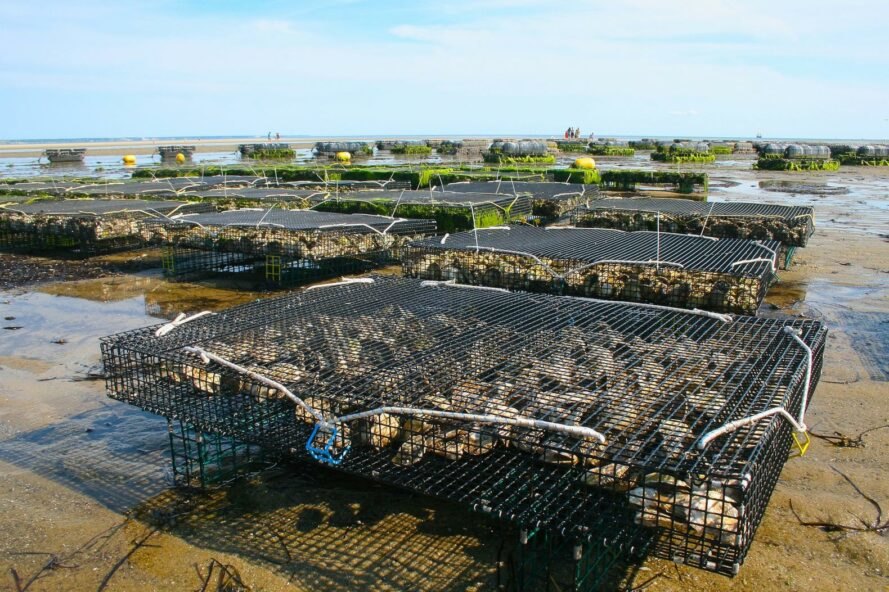 Pollution problems that have halted building in parts of Hampshire could be tackled by introducing oyster beds.  In June, five councils accepted advice by Natural England to refuse permission for new developments amid concerns over nitrate levels in The Solent.

Nitrogen from housing and agricultural sources has accelerated the growth of algae which is damaging protected wildlife habitats and bird species.  The shellfish are among measures being considered by Portsmouth City Council.  So far five planning applications in Portsmouth have been dismissed due to nitrate concerns, the Local Democracy Reporting Service said.  Fareham, Gosport, Havant and East Hampshire councils also put some developments on hold.

A report to be discussed by Portsmouth City Council’s cabinet next week says the oysters would feed on harmful algae and store nitrogen in their shells and tissue.  It said: “Encouraging oyster farming in our harbours could therefore mean that excesses in nitrogen from waste water treatment plants, farm fertilizers and other human sources can be decreased.”

The report also outlines a temporary plan to create a “nitrate credit system” that would allow new homes to be built if enough credit could be earned by making existing council homes more water efficient.  Deputy leader Steve Pitt said: “By making environmentally friendly changes to buildings we own we can make sure there are no barriers to Portsmouth getting the new homes it needs.”

Verde Environmental Consultants are highly experienced and qualified to carry out Appropriate Assessments on projects likely to have a significant impact or potential to impact designated Natura 2000 sites. We have completed Appropriate Assessments and Natura Impact Statements (NIS) for numerous projects in terrestrial, freshwater and marine environments across Ireland.