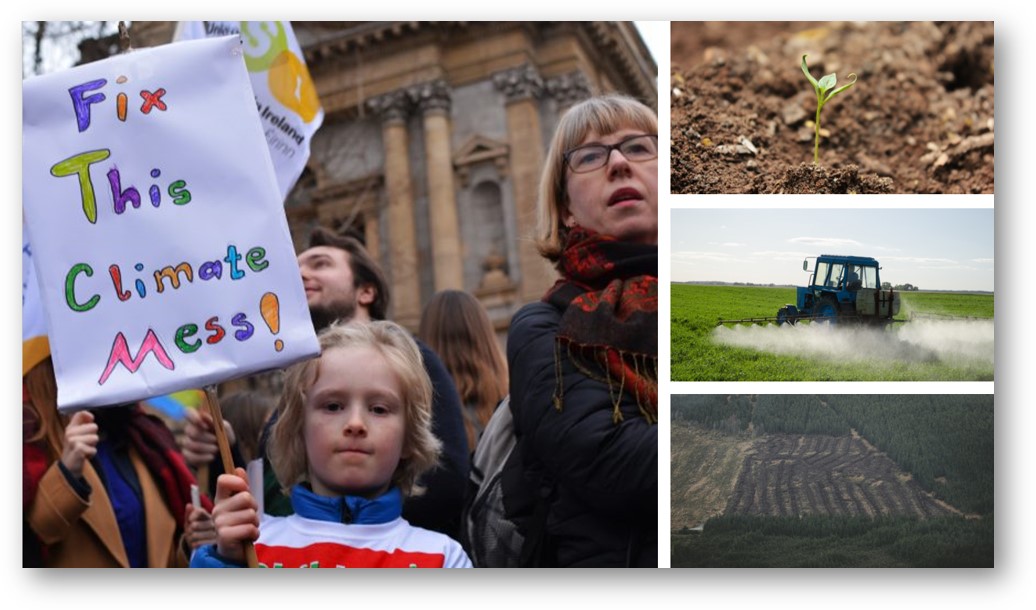 A new analysis from the Central Statistics Office (CSO) singles out Ireland as a European laggard across a range of important climate and environmental areas, including emissions levels, forest cover and air pollution.  While the findings in the CSO’s Environmental Indicators Ireland analysis is based mainly on 2017 and 2018 data previously released in a myriad of other reports and analysis, the compilation of the findings makes for stark reading.

The analysis of 65 environmental and climate indicators points to Ireland’s poor record compared to our European counterparts across a range of areas, including greenhouse gases emissions, tree cover, air pollution, land use, and biodiversity protection.

In 2017, Ireland had the third-highest emissions of greenhouse gases per capita in the EU at 13.3 tonnes of CO2 equivalent. This is 51 per cent higher than the EU average of 8.8 tonnes.

Agriculture accounts for 33 per cent of our overall emissions in Ireland and is rising alongside transport emissions that doubled from a 10 per cent average in 1990-1994 to 20 per cent in 2017.

Ireland’s forest cover in 2016 was 10.7 per cent of our total land area, the second lowest rate after Malta. The majority of our planted areas are made up of non-native conifer plantations, giving us one of the highest rates of plantation forestry in Europe.

In general, these types of plantations support a lower diversity and abundance of bird species relative to native broadleaves and support fewer specialist species. Only two per cent of the country is covered by what is termed native or semi-natural woodland.

Sitka spruce – a native species of Alaska – remains the predominant species used in forestry. In 2017, Sitka made up a little over 50 per cent (343,310 hectares) of all trees planted in Ireland. Other pines including Norway spruce and scots pine make up a further 15 per cent of planting.

The CSO report points out that Ireland had the joint third-smallest portion of land (six per cent) in the EU designated as protected areas for wildlife, and the eight smallest area (13 per cent) set aside for protected habitats.

Ireland has the second-lowest rate of organic, accounting for just 1.5 per cent of total agricultural land in 2017. The fact that land farmed organically increased by 267 per cent between 1997 and 2017 is encouraging but we are still far behind our European neighbours, with several countries between 15 and 20 per cent organic.

It is unlikely that much room will be made for organic production in the coming years as the push for the expansion of our dairy herd continues, giving us the fourth largest cattle herd in the EU by December 2018.

Grassland accounted for 58 per cent of total land use in Ireland in 2017, with a large amount of nitrogen fertiliser used in order to encourage grass growth and crop yield.  According to Teagasc, however, spraying is also an important source of nitrous oxide that accounts for 15 per cent of total agricultural emissions.

Ireland had the eighth highest level of fertiliser sales among EU Member States in 2017 at 107.6 tonnes per 1,000 hectares of agricultural land. Nitrogen fertilisers sales (379,000 tonnes) accounted for almost one-third of total fertiliser sales (1.3 million) in 2017.

While air quality has improved since 1990s, the CSO notes that Ireland continues to perform poorly compared to our European neighbours, ranking worst for nitrogen oxides and non-methane volatile organic compounds (mainly coming from the agriculture, forestry and fishing sectors); seventh worst for ammonia and 11th worst for sulphur dioxide.

While emissions of many gases are dropping, ammonia emissions are rising and were almost 8 per cent higher in 2017 than in 1990. Rising ammonia emissionsfrom the agricultural sector remain one of the key contributors to air pollution in Ireland.

The EPA states that limiting ammonia emissions will be difficult due to Ireland`s ambitious targets under Food Wise 2025. Ammonia emissions are harmful to the environment through the likes of soil and water contamination, as well as to human health by triggering respiratory problems.

While the share of renewable energy for power generation has increased from an average annual 5 per cent in 1990-1994 to 30 per cent in 2017, Ireland is still slightly below the EU average (30.7 per cent) and is well behind leaders such as Austria (72 per cent), Sweden (65 per cent) and Denmark (60 per cent).

The use of heat from renewable energy sources grew to 6.8 per cent in 2017, leaving a lot of work to do to hit the 12 per cent target set for Ireland to achieve by 2020.