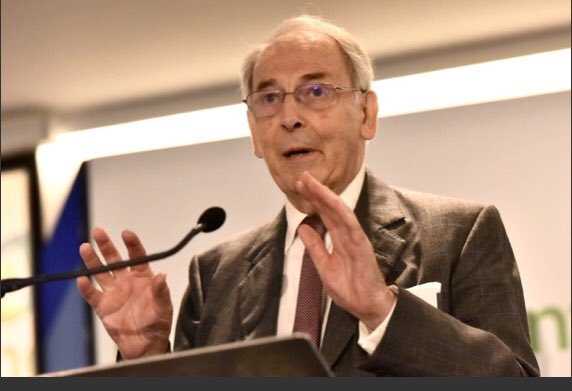 Brexit is set to cause a major environmental headache on the island of Ireland without a clear “common rulebook” for our flora and fauna, an EU expert said yesterday.

Speaking at the Environment Ireland conference in Dublin last Thursday, Nigel Haigh of the Institute for European Environmental Policy told the audience that the “pain” of Brexit will be felt hard by the environment.  Mr Haigh – a self-declared ‘remainer’ – said that environmental management in Ireland will “suffer more than elsewhere” as North/South cooperation is “underpinned by EU rules and by EU money”.

There are currently over 650 pieces of EU legislation in force to protect the environment, habitats, air quality, waste, food safety and a myriad of other areas.  These laws and regulations are the principal drivers for the vast majority of environmental protection in place in both the Republic of Ireland and Northern Ireland, he said.

Mr Haigh said that EU environmental policy is the “most mature and coherent in the world” and has enabled Member States to achieve results they could never have achieved on their own.

Single Market and the environment

Concern over the UK’s future involvement in the Single Market, Mr Haigh added, goes “well beyond requiring no tariffs and uniform standards” for products.  We need a “level playing field” in environmental legislation too, he said, to include the likes of emissions standards, water quality, and trading standards for vehicles and hazardous waste.

“What is clear that it will require a ‘common rulebook’ for the environment that goes well beyond traded products as proposed in the Chequers White Paper.  “How to maintain effective cooperation, frictionless trade and the alignment of the environmental standards that support them, remain one of the central challenges that the island faces,” he said.

He echoed warnings from environmental NGOs on both sides of the border about “several challenges arising from Brexit” including protecting designated nature sites that “straddle the border”.  He also pointed to potential issuing in controlling invasive species, air quality monitoring, energy supply and protecting the three cross-border river basin districts.

In a joint statement released this week, the Environmental Pillar and Northern Ireland Environment Link said that the UK’s scheduled exit from the EU in March 2019 “poses significant challenges to environmental governance”.  The two coalitions, who together represent almost 100 environmental groups, outlined the need to protect the “single bio-geographic unit” that is the island of Ireland and our common geology, landscapes, water catchments, flora and fauna.  “Without sufficient safeguards, there is a major risk of environmental dumping and reduced standards of protection post-Brexit, with future administrations in Belfast or in Dublin put under pressure to undercut one other based on divergence in the robustness of implementation, compliance checking or enforcement,” the briefing states.

The coalition’s briefing calls for the forthcoming political declaration on the future EU-UK relationship to include a level playing field for environmental standards, a commitment to an effective oversight and enforcement mechanism and agreement on a dispute settlement regime.

Mr Haigh stressed that any divergence in regulatory standards or changes in landfill taxes could further encourage illegal activity such as cross-border waste dumping.  EU rules ban the export of waste for disposal to a non-EU country unless that country is a party to the Basel Convention and also a member of the European Free Trade Association (EFTA).