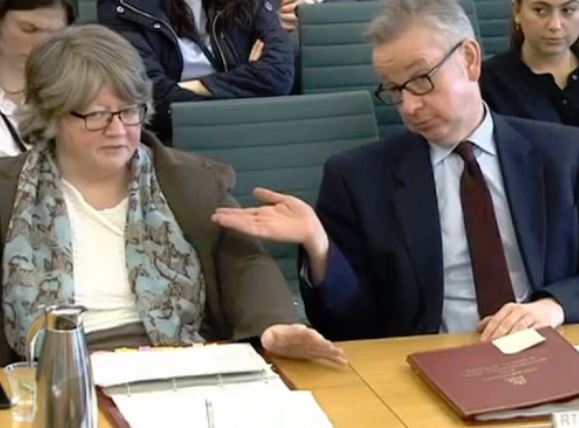 Environment secretary Michael Gove has admitted that the arrangements in place for maintaining EU environmental standards in the UK if there is a ‘no deal’ Brexit are “sub-optimal”.

The UK government has pledged to uphold the EU’s environmental directives following Brexit. It is planning to set up a new body, called the Office for Environmental Protection, to take over the enforcement of these directives from the European Commission.  Under the proposed terms of the UK’s provisional withdrawal agreement, the commission will retain this role until the end of the Brexit transition period in 2020, by which point the OEP is due to be up and running.

However, if the UK leaves the EU without a deal, the commission’s remit will no longer run in the UK. The Department for Enviornment, Food and Rural Affairs is in the process of setting up a smaller, interim secretariat to bridge the gap until the OEP is operational.  The interim secretariat is made up of 16 full-time officials, environment minister Therese Coffey told the House of Commons Environmental Audit Committee last week. She said most had come from within Defra.  She said the group would “not necessarily [fulfil] all the roles that the OEP would”, but would instead “try to facilitate some of the initial procedures that will be there”.

During the session, which was held to scrutinise the UK’s post Brexit environmental governance arrangements, Gove acknowledged that the interim set up was “a suboptimal situation”.  But he insisted that breaches of EU environmental directives, like failures to limit air pollution, would not go unpunished as the UK courts would fulfil some of the functions of the ECJ.  He said: “Were anyone to break that law, then they could be taken to court. It is also the case that, as we know, under the principles, there are ways in which access to environmental justice is protected.”

Coffey said the interim secretariat will not be located in Defra’s headquarters, but in another government building. It would also have separate IT and email infrastructure and its own website, all of which are ready to go live in the event of a no-deal Brexit, she said. In order to ensure that it is ready to operate short term, Coffey said the interim secretariat will be staffed by civil servants under a new chair who will be appointed by the environmental audit and environment, food and rural affairs select committees. However, she added, the intention is that when it is fully up and running, the OEP will not be staffed by civil servants.

The office will instead operate as a non-departmental public body – a decision committee members said would make it too easy to abolish should the government choose to. Committee chair Mary Creagh the MPs wanted OEP to be funded through parliament, not the department, because Defra had shut down other environmental watchdogs in the past: the Royal Commission on Environmental Pollution and the Sustainable Development Commission.

Gove said his department had been advised that making the regulator an NDPB would ensure it was fully independent, and that there were “strong reasons and strong precedents” to do so.  “There are a number of departmental public bodies, for example, like the information commissioner, whose independence nobody doubts and who are funded appropriately and operated arm’s length from government to provide the assurance that the public need,” he said.  Gove said that the OEP would need between 60 and 120 staff to carry out its functions when it is fully up and running.