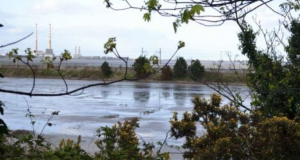 The State agency charged with protecting the natural environment, including habitat and biodiversity in national parks, protected sites and nature reserves, is not fit for the task, according to a Government-commissioned report.  The Review of the National Parks and Wildlife Service found that while staff were “dedicated, passionate and knowledgeable”, it was clear the NPWS was “not aligned effectively” to protect the State’s ecology and natural heritage.  The hard-hitting review was prepared by Jane C Stout and Micheál Ó Cinnéide. It was commissioned at the behest of the Government, under an agreement between the parties to the programme for government.

A spokeswoman for Malcolm Noonan, Minister of State with responsibility for the NPWS, said the review, entitled Review of the NPWS 2021: Final report on the key findings and recommendations, was in fact a draft review. She said Mr Noonan would not be commenting as a final version was as of yet unpublished. She said the Minister would bring a separate strategic action plan for the future of the National Parks and Wildlife Service to Cabinet in the coming weeks.

The review findings mirror sharp criticism of the State’s stewardship of the natural environment from the EU Commission’s environment directorate, which in January cited “serious challenges” and “urgent need” for reform in the areas of water, biodiversity, environmental impact assessments and governance issues – particularly access to justice.

The NPWS reviewers said their assessment came at a time when the quality of Ireland’s environment was “not good, giving rise to complex issues, across biogeochemical systems of air, water, soils, climate, and biodiversity” .

The authors said in 2019 some 85 per cent of Ireland’s protected habitats were in unfavourable condition, with 46 per cent displaying trends of ongoing declines over the previous 12 years.  In addition, 43 per cent of protected species were in an unfavourable status, “and for the taxonomic groups that have undergone formal conservation assessments, more than one in five species were threatened with extinction”. The review added that more than one-quarter of Irish birds were now of conservation concern.

Citing the need for widespread “crucial reform”, the NPWS review made 24 recommendations including organisational change; operational reforms to meet the multiple mandates of protection, science and engagement; and increased resourcing to deliver a more effective service.

The review said: “There needs to be a fundamental overhaul of structures and governance, a clear strategic plan and leadership to implement it, better internal and external communications, and re-energised teams, working together effectively inside and beyond the organisation.”

As it stands, the review said the NPWS “cannot meet current obligations, let alone plan for and respond to future challenges and legislation, including the Climate Action Bill and EU Biodiversity Strategy to 2030”. It noted a number of EU environmental directives had not been fully implemented and multiple infringement cases were outstanding against Ireland.

The comments of the NPWS review are similar to those made by a senior official in the EU Commission’s environment directorate Aurel Ciobanu-Dordea, when he addressed the online Environment Ireland Conference in January.

Mr Ciobanu-Dordea said he wished to raise “a number of elements which we see as important and as quite challenging in an Irish context”. He mentioned water, nature and biodiversity, environmental impact assessments and governance issues and in particular access to justice”. His comments ranged from infringements of EU environmental directives to the cost of accessing justice in the Irish courts. He said: “Ireland continues to be the most expensive member state in which to make an environmental claim before the courts . . . Many have accumulated significant costs simply litigating the question of cost clarity itself. This needs to be addressed. And we are not saying this for the first time.”