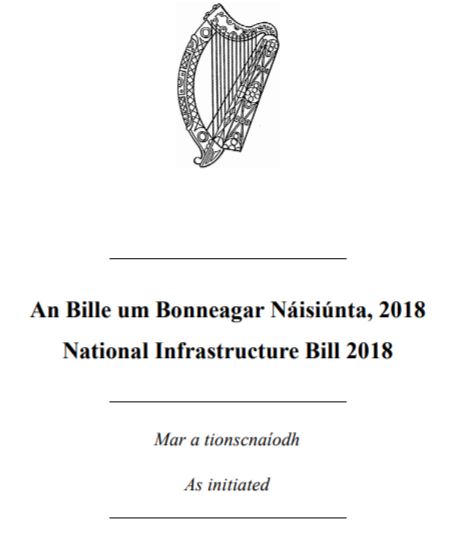 Fianna Fáil’s Deputy Dara Calleary introduced the National Infrastructure Bill, 2018 to the Dáil on 18th April 2018. This Bill will establish a body to be known as the National Infrastructure Commission to advise the government on all sectors of economic infrastructure, including “physical structures, systems, institutions, services and facilities that relate to energy, transport, water and wastewater, drainage and sewerage, waste, flood risk management and digital communications”.

The Bill envisages a Commission that will be comprised of five members for five years, who will be appointed by the Minister for Finance, Public Expenditure and Reform and will be tasked with preparing various reports. Notably, the Bill states that the Commission will be independent in its functions, but does not specify whether independence means independent from industry or government and does not mention budget independence.