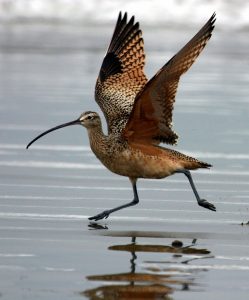 National Biodiversity Plan has failed to halt loss of nature

The current National Biodiversity Plan has failed to stem the loss of nature in Ireland, a new report has warned.  The National Biodiversity Forum delivered their assessment in a report to Minister of State Malcolm Noonan today and urged the government to radically step up its efforts to address the biodiversity crisis in the next plan set to come into effect next year. As a signatory to the Convention on Biological Diversity, Ireland is required to publish a National Biodiversity Action Plan which is updated every five years.

The current plan is set to expire this year, and the report found that “little or no action” has been taken to address some of its key objectives.  A new plan coming at a critical juncture for the biodiversity crisis must be put on a legal footing and be backed with adequate funding, according to the Forum’s recommendations.  “If the new Biodiversity Action Plan is to have any meaning, it must be backed by law – legislators must step up to this task,” Pádraic Fogarty of the Environmental Pillar said.

Leadership on the issue must also be cross-sectional, according to Forum Chair and Professor of Zoology at Trinity College Dublin, Yvonne Buckley.  “The biodiversity crisis is not a problem for just one section of government.  Alignment of policies across all government departments is urgently needed in order to protect, restore and renew biodiversity as the foundation of people’s livelihoods and wellbeing,” Professor Buckley said.

Head of Advocacy at BirdWatch Ireland Oonagh Duggan noted that despite Ireland being a signatory to several biodiversity laws and conventions, 85 per cent of Ireland is in bad ecological status and two-thirds of wild bird species are in trouble.  “This is the decade of action out to 2030. It’s now or never to stop the loss of biodiversity and restore it,” Ms. Duggan said.

Minister Noonan welcomed the report upon publication and pledged to consider its findings in detail in preparing for the next National Biodiversity Action Plan.

Around one-third of Ireland’s 98 wild bee species are threatened with extinction, while recent findings show that over 60 per cent of the 202 species of commonly occurring birds in Ireland now find themselves on the red and amber conservation lists.  Just over half of the 61 European protected species in Ireland are in a “favourable” conservation status.  Ireland has also lagged on protecting its marine environment, as just over 2 per cent of Irish waters are protected, which is the second lowest percentage in Europe.  The State missed an international target of protecting 10 per cent of its waters by 2020.  The Programme for Government committed to achieve this 10 per cent target as soon as possible, and said that the second international target of 30 per cent by the decade would be met if possible.