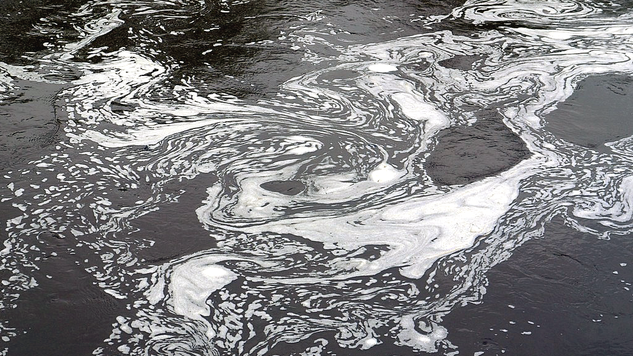 Despite successes in addressing some of the most hazardous chemicals, more attention is needed to address the danger posed by the ‘cocktail effect’ of lower concentrations of chemicals in European lakes, rivers and other surface water bodies, according to a European Environment Agency (EEA) report released today.

Europe-wide action to prevent and reduce some of the most hazardous chemicals from making their way into Europe’s many fresh water bodies has been successful over past decades, thanks in most part to EU rules, according to the EEA report ‘Chemicals in European waters.’ However, challenges remain in effectively dealing with mercury and brominated flame retardants, and with many harmful chemicals which have not been prioritised for monitoring under the EU Water Framework Directive.

The report’s aim is to improve understanding of which chemicals continue to pose significant risks to the environment, especially when they are present in water. It also looks at how better knowledge and understanding can help to improve controls to minimise harm. The report gives an overview of information about pollutants used in the assessment of water quality under the Water Framework Directive and describes some of the newer techniques available for assessing of water quality.

Chemicals are an essential part of our daily lives and thousands of them are used on a daily basis. However, some chemicals present risks to plants and animals living in water, to the animals eating them, and to humans. Chemicals in surface waters can get there in different ways. They may have been released into the air, returning later to the earth’s surface in rain or dust. They may also have been directly discharged into water from industry or urban waste water treatment plants or used in agriculture. The risks presented by some chemicals, like metals and persistent organic pollutants such as the pesticide lindane, have been recognised for decades. However, new risks presented by other chemicals, such as some pesticides or pharmaceuticals, either alone or in combination, are continually being identified.

For a number of priority substances listed under the Water Framework Directive, like cadmium, lead and nickel, and pesticides such as chlorfenvinphos and simazine, European measures towards preventing releases to the environment have been effective in significantly reducing their presence in water bodies. But the EEA report cautions that there are many more chemicals present in the environment, where better information and knowledge is needed to know whether they present a risk in lakes, rivers and other surface waters.

A key concern involves micro pollutants and the so-called ‘cocktail effect’, whereby mixtures of single chemical substances that individually may be present at harmless concentrations can combine and pose a risk to health. In the environment, chemicals entering surface waters can mix with natural mineral salts and organic compounds,  as well as with nutrients from sewage, agricultural run-off and other waste water. Chemicals which make their way into the water from air emissions add to the mix. The report notes that the detection of several hundred organic chemicals at low concentrations in a single freshwater sample is common and the level of risk that that might present is insufficiently understood.

The report also suggests how Europe’s surface water bodies could be better protected in the future. Existing EU rules provide a flexible approach for water management but do not reflect recent scientific developments in the assessment of mixtures. The report calls for more robust data reporting of chemical emissions and improving the monitoring, modelling and reporting of diffuse sources of pollution, to ensure that pressures are correctly understood and measures can be appropriately targeted.

State of water and chemicals

The EEA ‘state of water’ report, published in July 2018, found that only 38 % of monitored lakes, rivers and other surface water bodies are in good chemical status — with no concentrations of priority substances exceeding EU-wide environmental quality standards. In most EU Member States, only a few substances account for poor chemical status, the most common being mercury. Once widely used in thermometers, batteries and paints, mercury continues to be found in water samples with the major European source now being atmospheric pollution from coal-fired combustion plants. Other substances causing significant numbers of water bodies to fail include polybrominated diphenylethers, which were widely used as flame retardants in the 1990s and 2000s, and PAHs, which are carcinogenic substances produced by burning organic matter.