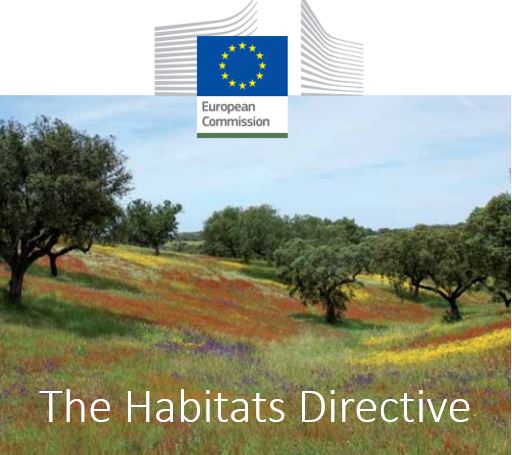 The Eoin Kelly judgment would appear to be the first Irish judgement to apply the decision of the Court of Justice of the European Union (‘CJEU’) in People Over Wind and Sweetman v. Coillte Teoranta (Case C-323/17) (‘People Over Wind’).

In People over Wind the CJEU determined that article 6(3) of the Habitats Directive 1992/43/EEC must be interpreted as meaning that, when carrying out a screening for Appropriate Assessment, it is not appropriate to take account of measures intended to avoid or reduce the harmful effects of the plan or project on a European Site.

Article 6.3. Any plan or project not directly connected with or necessary to the management of the site but likely to have a significant effect thereon, either individually or in combination with other plans or projects, shall be subject to appropriate assessment of its implications for the site in view of the site’s conservation objectives. In the light of the conclusions of the assessment of the implications for the site and subject to the provisions of paragraph 4 , the competent national authorities shall agree to the plan or project only after having ascertained that it will not adversely affect the integrity of the site concerned and , if appropriate, after having obtained the opinion of the general public.

In the Eoin Kelly case, the applicant sought to challenge a decision of An Bord Pleanála (the Irish Planning Board) on grounds including that the Board had impermissibly relied on mitigation measures contrary to article 6(3) of the Habitats Directive and People over Wind. The measures at issue were the Sustainable Urban Drainage Systems (SUDS) required to be implemented for new developments in accordance with the Greater Dublin Sustainable Drainage Strategy (GDSDS). The High Court held that SUDS measures are not mitigation as that term was interpreted by the CJEU, and therefore the reference to SUDS measures by the Board’s inspector in the screening for Appropriate Assessment did not breach article 6(3) of the Habitats Directive.

It does not follow from this judgement that SUDS can always be taken into account when carrying out screening for Appropriate Assessment. It is necessary to note the Court’s reasoning in the Eoin Kelly to understand the limitations to its scope and broader application.

Meaning of the term ‘mitigation measure’

It is a notable feature of the CJEU decision in People over Wind that, despite the ubiquitous use of the term ‘mitigation measure’ in the context of Appropriate Assessment, the CJEU could find no reference to the term in the Habitats Directive.

The CJEU decided that the term must be understood as meaning any measure that is ‘intended to avoid or reduce the harmful effects of the envisaged project on the site concerned’, being the European Site potentially affected by the proposed development.

On this basis, the High Court in Eoin Kelly held that the only ‘mitigation measures’ which must be excluded from consideration when carrying out screening for Appropriate Assessment are those which are “intended to avoid or reduce the harmful effects” of the proposed development on the European site and its qualifying interests. Measures which are not so intended are not required to be excluded from the screening process.

SUDS and other standard environmental measures

The term ‘mitigation measure’ is used throughout the SUDS guidelines. The applicant submitted that the screening for Appropriate Assessment, which referred to SUDS, therefore impermissibly relied on mitigation measures. The Board contended that SUDS are a mandatory requirement intended to avoid flooding and to give effect to the environmental protections under the Water Framework Directive 2000/60/EC generally. The SUDS measures were not directed at avoiding or reducing any harmful effect on a European Site. The Court agreed with the Board.

The High Court did not find that SUDS and other standard, mandatory and best practice environmental measures can be considered in every screening for Appropriate Assessment. It is always necessary to analyse whether the measure, however described and whether or not it has another purpose, is proposed with the intention of avoiding or reducing a harmful effect on a European site.

If there is a source-pathway-receptor connection between the proposed development and the qualifying interests of a European site and potential harmful effects have been identified, measures to avoid or reduce those effects must be excluded from the screening analysis.

If there is no source – pathway – receptor connection, the potential for harmful effects can be excluded. If there is a source-pathway-receptor connection, the Habitats Directive requires a precautionary approach such that measures intended to avoid or reduce the potential for harmful effects should not be taken into account when screening for likely significant effects.

The use or avoidance of the term ‘mitigation measure’ in any document does not, as a matter of law, have any real significance.