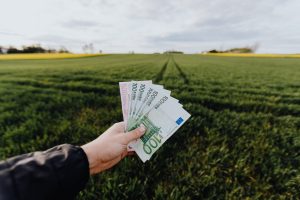 Ireland’s European commissioner Mairead McGuinness launched an initiative to create an EU labelling system for green investments on Wednesday that is closely watched by the finance industry but has been hit by criticism from environmental groups.  The so-called EU taxonomy is a classification system for identifying environmentally sustainable economic activities, and is designed as a tool to guide investment towards climate-friendly projects – key to ambitions to slash emissions and develop Europe as the centre of the burgeoning green finance sector.  The system has been the subject of intense lobbying by member states and interest groups as to what should or should not be included as green.

A decision on how to treat gas and nuclear activities, the most controversial categories which some member states had pushed to be included as transition fuels, has been delayed to be dealt with separately.  Launching the plan, McGuinness said the classification would “evolve with science and technology” and that it would reduce “greenwashing”, in which corporations overstate their environmental credentials.  “This is groundbreaking and I think that’s something we should not lose sight of today as Europeans. Today we have adopted a credible taxonomy. Its credibility is based on science. I wanted a proposal that would effect real change and I was never prepared for a fudge,” Ms McGuinness said.

“We want to help investors and companies make decisions based on a credible and science-based assessment of what is sustainable.”  But the inclusion of forestry and biomass projects sparked the ire of environmental groups, which accused the European Commission of engaging in “greenwashing” itself.

The World Wildlife Fund, which initially supported the initiative and worked on developing the criteria, appealed to the European Parliament and member states to reject it.  “It has been strongly influenced by unbalanced lobbying by Finland and Sweden: it is at odds with environmental science, discredits the taxonomy and creates a disastrous precedent,” WWF EU economist Sébastien Godinot said.  NGO Transport and Environment said it would suspend participation in a consultative expert group on the initiative in protest, while Greenpeace said “the proposed criteria for forests and bioenergy are nothing but greenwash, encouraging financing for practically any tree cutting and burning, against the advice of scientists and experts”.

Ms McGuinness said in a statement that she proposed to include gas and nuclear in supplementary legislation, with agriculture to be assessed once the EU’s reform of the Common Agricultural Policy was complete.  “The process of assessing nuclear will be completed in June,” Ms McGuinness said. “For gas, we are reflecting on how it can be best incorporated in the next Delegated Act. We are also open to considering a legislative proposal to facilitate the role of gas in the transition from coal to renewables.”

The initiative comes at a crucial time, launched hours after a deal was reached in EU negotiations to enshrine into law a target to cut emissions by 55 per cent by 2030 compared to 1990 levels, paving the way for a large package of green regulations due this summer.

The bloc’s climate policy chief, Frans Timmermans, called it a “landmark moment for the EU” that “reinforces our global position as a leader in tackling the climate crisis”. The law will establish a greenhouse gas “budget”, setting out the total emissions the EU can produce from 2030-2050, and requires Brussels to create an independent body of scientific experts to advise on climate policies.