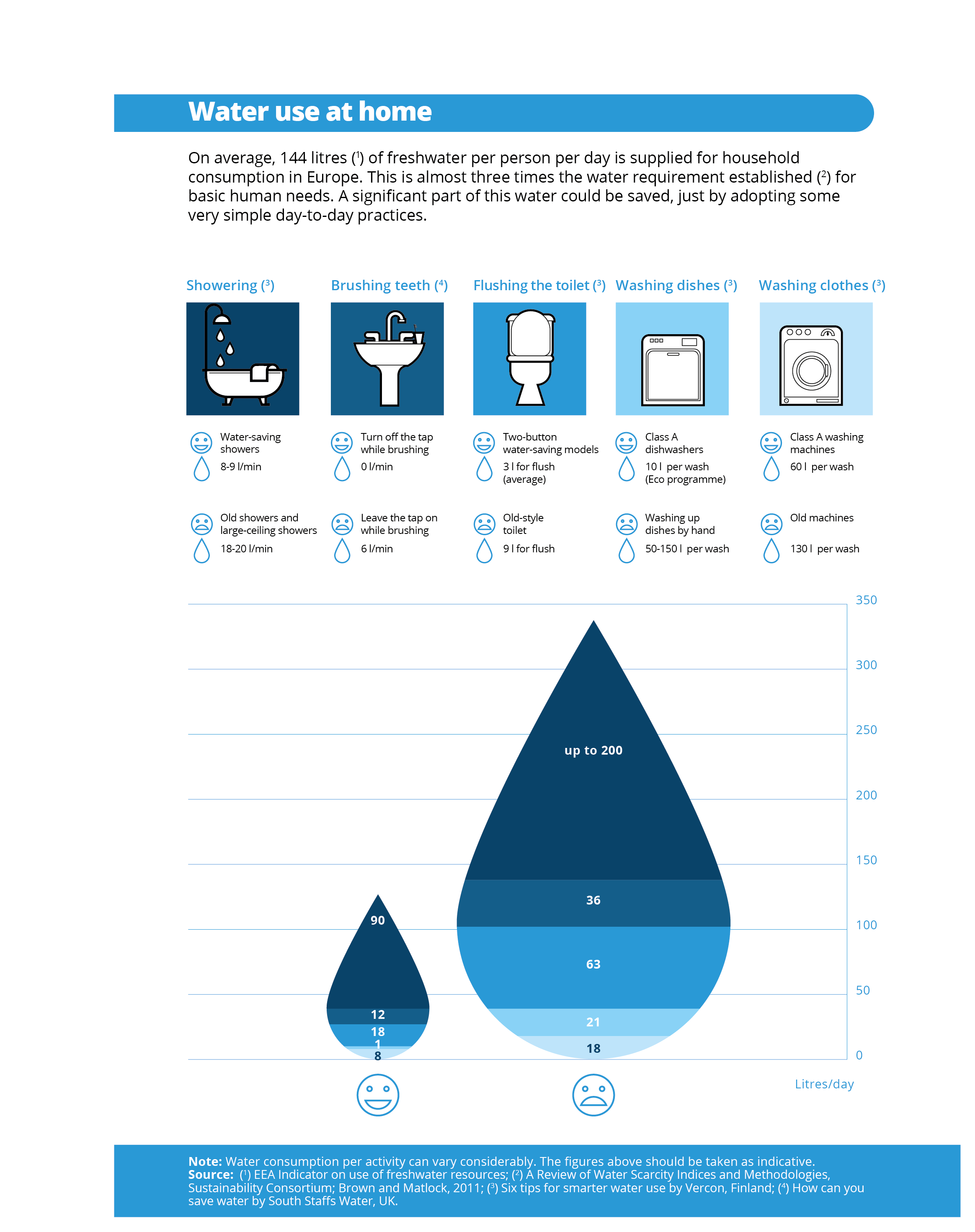 We often take a reliable supply of clean water for granted. We turn on the tap and clean water comes out, we use it and the ‘dirty’ water goes down the drain. For a large majority of Europeans, the water we use at home is of drinking quality and available 24 hours a day. The brief moment between the tap and the drain is only a very small part of its overall journey. Managing water in a city is not limited to public water systems.

Climate change, urban sprawl and alterations to river basins can all lead to more frequent and damaging floods in cities, leaving authorities faced with an ever-growing challenge.

Throughout history, people settled and built towns close to rivers or lakes. In most cases, streams brought clean water and took away pollution. As a city grew, its overall demand for clean water and discharge of polluted water grew along with it. In the Middle Ages, most European rivers flowing through a city served as a natural sewerage system. Following industrialisation from the 18th century onwards, rivers also started receiving pollutants released by industry. Those who did not have access to a well had to fetch water from the river — a cumbersome daily task mostly done by women and children.

Sewage running down the streets and higher population density meant that diseases spread very quickly and could have devastating impacts on a city — on both its population and its economy. A healthy city meant a healthy workforce, which was essential for economic prosperity. Given this, investing in a public water system not only addressed health concerns arising from water contamination, but also eliminated the economic losses due to sickness in the labour force — as well as freeing up the time previously spent on fetching water.

Such public services are nothing new. The recognition that access to clean water is fundamental to public health and quality of life goes back thousands of years. About 4 000 years ago, ancient Minoans in Crete used underground clay pipes for water supply and sanitation, as well as a flushing toilet, as discovered during the Knossos palace excavations. Other ancient civilisations across the world built similar sanitation facilities as their cities grew and faced similar concerns.

Today, the importance of access to clean water and sanitation is embedded in the United Nations’ Sustainable Development Goals, more concretely in Goal 6, ‘Ensure availability and sustainable management of water and sanitation for all’. European countries fare relatively well in this domain. In most European countries, more than 80 % of the total population is connected to a public water supply system.

Despite the investments in infrastructure and improvements in technology, managing a city’s water — both the inflow and the outflow — remains a task as complex as before but with some new challenges.

In many cities, the challenge is a question of sheer numbers. More people need and use more water. Today, about three quarters of Europe’s population lives in cities and urban areas. Some of these cities have millions of inhabitants in a relatively small area. In the past, the size of a city depended mainly on the availability of water resources nearby. Many cities in Europe, including Athens, Istanbul and Paris, currently tap into remote water sources, sometimes 100-200 kilometres away. This diversion of water can have negative impacts on the ecosystems dependent on that river or lake.

Depending on the size of the public supply network, the task of supplying clean water and collecting waste water requires a network of pumping stations, which can use large quantities of energy. If this electricity is generated by power plants using fossil fuels such as coal and oil, public water networks could be responsible for significant amounts of greenhouse gas emissions and thus contribute to climate change.

The water for the public supply network needs to be of a higher quality than that for any other sector, as it is used for drinking, cooking, showering and cleaning clothes or dishes. On average, 144 litres of freshwater per person per day is supplied for household consumption in Europe, excluding recycled, reused or desalinated water. This is almost three times the water requirement established for basic human needs. Unfortunately, not all of the water supplied ends up being used. more