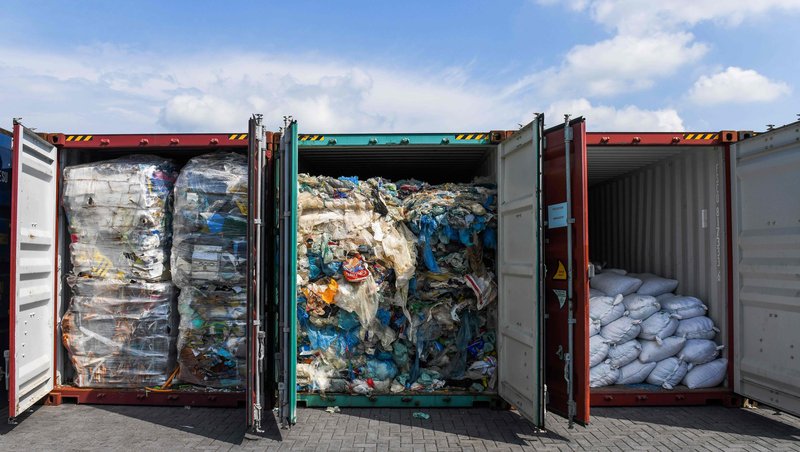 Malaysia has become the latest Asian country to reject rubbish from rich countries.  It is to send as much as 3,000 tonnes of plastic waste back to the countries it came from, its environment minister said.

Malaysia last year became the world’s main destination for plastic waste after China banned its import, disrupting the flow of more than seven million tonnes of the rubbish a year.  Dozens of recycling factories have cropped up in Malaysia, many without operating licences, and communities have complained of environmental problems.  Yeo Bee Yin, minister of energy, technology, science, environment and climate change, said 60 containers of rubbish that had been imported illegally would be sent back.  “These containers were illegally brought into the country under false declaration and other offences which clearly violates our environmental law,” she told reporters, after inspecting the shipments at Port Klang, on the outskirts of the capital.

Malaysian officials say they have identified at least 14 origin countries, including the US, Japan, France, Canada, Australia and Britain, for its unwanted waste.

Ireland is not one of the offending countries sending contaminated recycled waste to Malaysia, according to the head of Repak.  While Ireland is not thought to be one of the offending countries, two years ago containers of green bin waste from Ireland were stopped in Rotterdam en route to China because of contamination.  Speaking to RTÉ News, the CEO of Repak Séamus Clancy said that Repak operates to a very strict regulatory and compliance standards when it comes to recycling material.  The waste is only sent to certified plants that are subject to strict processing control, he said.

Last year an estimated 96,000 tonnes of plastic in Ireland was recycled in Europe and Turkey while 80 tonnes went to pre-approved sites in Malaysia. Mr Clancy said that no Irish recycling material was sent to Malaysia this year.  The south-east Asian country has ordered several thousand tonnes of imported plastic waste to be sent back to the countries it came from.  The country’s government said it has become a dumping ground for wealthier nations after China stopped taking it in last year.  Malaysian officials say they will send it back  “without mercy”.  Minister Yeo said citizens of developed nations were largely unaware that their rubbish, which they think is being recycled, is instead mostly being dumped in Malaysia, where it is disposed of using environmentally harmful methods.

Plastic unsuitable for recycling is burnt, which releases toxic chemicals into the atmosphere. Or it ends up in landfill, which can contaminate soil and water sources.

Philippine President Rodrigo Duterte last week ordered his government to hire a private shipping company to send 69 containers of rubbish back to Canada and leave them within its territorial waters if it refuses to accept them.  Canada says the waste, exported to the Philippines between 2013 and 2014, was a commercial transaction done without government consent.  Canada had agreed to take the rubbish back but Mr Duterte lost patience as arrangements were being made and ordered it out.  This month, about 180 countries agreed to amend the Basel Convention to make global trade in plastic waste more transparent and better regulated.  The US, the world’s top exporter of plastic waste, has not ratified the 30-year-old pact.