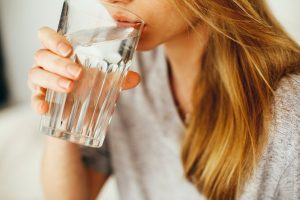 Irish Water has revealed that low levels of a naturally occurring substance caused drinking water in parts of Dublin to have an unusual taste and smell last month.  The utility received more than 450 reports of an unnatural odour or taste coming off drinking water from customers across the capital in August.   The issue was reported in almost every part of the city, with clusters of complaints in suburban areas including Drumcondra, Marino, Clontarf, and Tallaght.

An investigation by Irish Water into the source of the smell subsequently found that the problem was caused by what it said were “very low levels” of an organic substance called 2-Methylisoborneol (MIB).

The substance is produced naturally by algae in lakes, rivers, streams and reservoirs, and can cause some people to detect an earthy or musty smell and taste in their water. “Irish Water can confirm that drinking water microbiological and chemical analysis carried out on water produced at the utility’s water treatment plants serving the greater Dublin area is compliant with drinking water regulations,” a spokesperson said. “Water produced at Irish Water’s treatment plants is tested daily in conjunction with extensive monitoring in the distribution network and is safe to drink.”

In a statement on Irish Water’s website, the utility’s asset operations support services manager Tom Cuddy also said the company understood the concerns about the smell or taste of customers’ drinking water.  But he emphasised that water processed by Irish Water is safe to drink and is not toxic or harmful when such small amounts of MIB are in it. “As a precaution, we have increased testing on the supply and will keep the situation under review,” he added.

Verde Environmental Consultants provide all aspects of hydrogeological services such as groundwater abstraction feasibility assessments, authorisation of discharges to groundwater technical assessments and water quality/level monitoring. The development of sustainable groundwater resources is a key element in helping our clients to reduce costs associated with the use of water.

Verde are currently involved in a monthly lake monitoring program throughout Counties Clare and Wicklow, as part of the Water Framework Directive requirements of River Basin Management Plans. The monitoring works include sample collection at a total of 19 lakes in County Clare and six lakes in Wicklow.

Verde samplers obtain water quality samples and field readings from open water and shore locations at specified locations on the lakes using quality assured sampling methods to ensure the samples are representative of the water body being sampled.

Dedicated samples bottles are used for various analysis including physio-chemical, ions, metals, chlorophyll and phytoplankton and sent to various EPA and County Council laboratories for analysis.

Field measurements of temperature and dissolved oxygen profiling are undertaken at specified locations at certain times of year to examine potential thermal stratification over the depth of the lake.

Verde adhere to procedures of decontamination of boats and sampling equipment between lakes to prevent the potential for the spread of non-invasive species such as Zebra mussels and Crayfish plague.