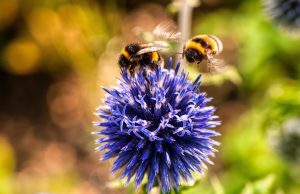 Loss of Ireland’s biodiversity is accelerating

Ireland is missing its chance to protect its dwindling biodiversity with several iconic species of bird, fish and mammals under threat.  Globally, the loss of our natural world is proceeding in an unprecedented manner, with a human handprint leaving one million species under the threat of extinction.

This is the stark finding of a landmark 2019 UN assessment on biodiversity loss that warned the unprecedented loss of species will be further accelerated unless urgent action is taken to tackle the key drivers of biodiversity loss.

At present, the global rate of species extinction is already tens to hundreds of times higher than it has averaged over the past 10 million years. Here at home, several  iconic species such as the curlew, corncrake and Atlantic salmon are under threat.

Concerns have been raised by ecologists, conservation experts and environmental NGOs that authorities are not doing enough to ensure their protection, as well as the habitats on which they depend.

Over the past two months, Noteworthy has examined the State’s record in biodiversity protection as part of its ENDANGERED SPECIES investigation.

The team spoke to biodiversity and ecological experts, examined scientific papers and state reports, and analysed data on the condition of our natural world.

Our findings show that:

Every six years, the State must send a detailed assessment to Brussels on the status of habitats and species that Ireland is required to protect under the EU Habitats Directive – better known as the Article 17 reports.   The detailed reporting serves as a benchmark for the status of biodiversity in Ireland, and the latest report paints a bleak picture of the condition of many of our at-risk species.

Just over half of the 60 species in Ireland protected under the Habitats Directive are in a favourable condition, while a whole host of important habitats and the species that depend on them are in poor or inadequate condition, including the freshwater pearl mussel, Atlantic salmon, and the once common marsh fritillary butterfly.

The latest checklist of all protected and threatened species in Ireland released in 2019 also assessed hundreds of additional species in line with International Union for Conservation of Nature guidelines, the most comprehensive globally-recognised approach for evaluating the conservation status of plant and animal species.   It classified 77 species as critically endangered, including the angel shark, the European eel, and three species of pearl mussel, while a further 126 species are listed as endangered, including the basking shark and natterjack toad.

There are also 30 species of bees that are threatened and listed as either critically endangered, endangered or vulnerable, together with various species of rays, freshwater fish, moths, beetles, plants and mosses.