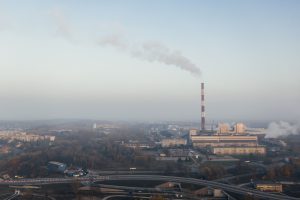 Legislation to impose strict five-yearly carbon-emission limits on transport, agriculture, energy suppliers and business will be in place by Christmas and in operation from next year, following an agreement among Ministers, it has emerged.  The Cabinet last week approved the heads of the Climate Action (Amendment) Bill, which will have far-reaching consequences on the operation of every aspect of the Irish economy over the next 20 years.

The first draft of the legislation will be published in early October, in place by Christmas and in force from next autumn, Minister for Climate Action Eamon Ryan has told The Irish Times.  Mr Ryan said the legislation was strongly endorsed by Ministers, but he admitted that concerns exist about the impact emissions targets will have for farmers: “I think it’s fair to acknowledge the real concern around agriculture,” he added.  The Green Party leader said he hoped farmers would accept the changes to come, given national and international efforts to cut carbon emissions, along with reforms of the Common Agricultural Policy designed to make family-run farms viable.

A strengthened Climate Change Advisory Council will make recommendations on “pollution ceilings” that will force every element of society to cut carbon emissions and move away from carbon-intensive actions, the Minister said.

The political thrust of the legislation was clear and provides certainty on the direction of the economy, he added.

Given its immense significance for society as a whole, the Bill would undergo pre-legislative scrutiny by going before the Oireachtas Climate Committee, he confirmed. “It needs it – it’s complex and needs explaining.”  The legislation will be one of the Government’s three key actions, including legislation to dramatically increase offshore wind energy over the next two or three years to raise Ireland’s climate ambitions and show leadership.

Welcoming the legislation, Sorley McCaughey of Christian Aid Ireland said “urgent action” is needed just to begin to honour the promises Ireland made when it signed up Paris Climate Agreement five years ago. It comes as young people across the world last Friday (25 Sept.) held their first Fridays for Future protests since the coronavirus crisis began. Young people in Limerick and Galway were among those to take part in rallies inspired by Swedish activist Greta Thunberg to demand urgent action to halt catastrophic climate change.