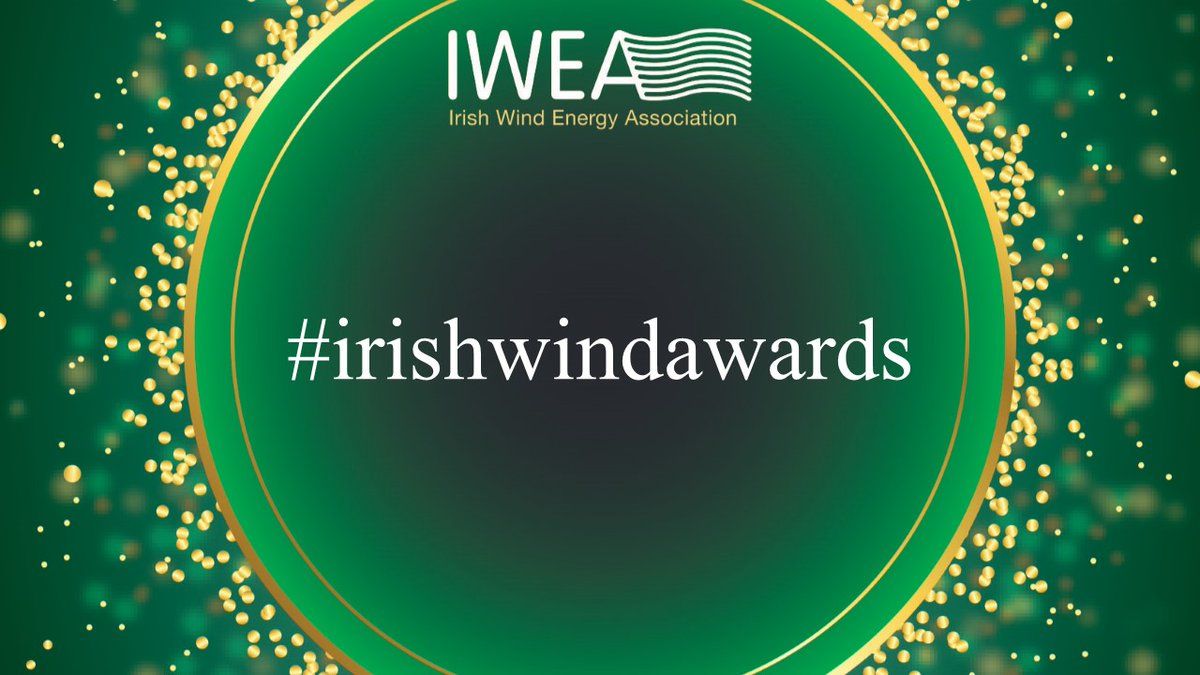 More than 300 people from Ireland’s leading renewable energy companies were joined by Minister Richard Bruton TD and MC, broadcaster Ivan Yates at the Clontarf Castle Hotel to celebrate the achievements of award winners who are leading the way to a carbon free energy future for Ireland.

Minister for Communications, Climate Action and Environment Richard Bruton TD said: “I would like to congratulate each winner on their award. Ireland must become a leader not a follower in wind energy and each winner of these awards is a leader.   “We are at a crucial moment in terms of climate disruption and it is imperative that we take decisions now that will define the next generation. Wind energy both onshore and offshore are and will be crucial to how we respond to our responsibilities in this area.”

David Connolly, CEO of the Irish Wind Energy Association said: “These awards showcase the great work being done in the wind industry in Ireland. As leaders in renewable energy we have a great responsibility to do all we can to drive Ireland’s energy transition.  I am proud that our industry has really risen to this challenge and delighted that initial figures indicate that wind energy provided over 30% of Ireland’s annual electricity demand for the first time in 2018.  Our winners tonight highlight the amazing work going on to reach this milestone with a wealth of cutting-edge innovation, excellence in operation and maintenance, and an impressive record in health and safety in the industry. These awards have also shone a light on the many wind champions working across the country.”

Offaly’s Catherine Swaine walked away with the overall award of the night for her work coordinating and delivering public visits to the Bord na Móna Mountlucas wind farm.  Her passion for green energy and her drive to open up wind farms to schools, community groups and local people, has brought thousands of visitors to the Offaly site. Parkruns, weddings, even Santa Claus have all made a visit to Mountlucas under Catherine’s watch.

For a growing number of young people across the country their first contact with renewable energy has come on one of Catherine’s tours.  David Connolly said: “People like Catherine are invaluable to the wind industry. Her enthusiasm for making the wind farm a real and vital part of the local community has brought more than a hundred thousand visitors to Mountlucas since 2016.”

Speaking on the night Catherine said: “I love my job and I love welcoming people to the windfarm, many seeing wind energy in operation for the first time. It is a real honour to accept this award on behalf of Mountlucas Wind farmand Bord na Móna. It is also on behalf of the community there – if it wasn’t for their support it wouldn’t have been the success that it is. It is a great facility to have and they really make use of it.”

Mayo’s Brendan Heneghan, Operations Director with Ionic Consulting was another big winner on the night taking home the Person of the Year Award.  David Connolly said: “Brendan is a powerhouse in Irish wind energy. There isn’t a company or person among our members that hasn’t worked with him in some capacity. He was a very popular choice for his industry knowledge, his passion for promoting a green, renewable future and his generosity of spirit and time.”

Speaking at the awards Brendan Heneghan said: “The wind industry has given me the chance to work throughout rural Ireland doing something as important as building renewable energy. I am honoured to be part of this drive for clean, green, Irish energy. In the 15 years I have been working in wind I have seen it grow to a point where we now have 30% of our electricity generated from wind. I honestly wouldn’t want to do anything else.”

IWEA is Ireland’s largest renewable energy association and supports the development of wind energy as an essential, economical and environmentally friendly part of the country’s low-carbon energy future.

Twelve awards were presented on the night. Nominees were put forward by IWEA members and the winners were selected by an independent judging panel.

Full listing of all winners (and shortlisted finalists) in each category