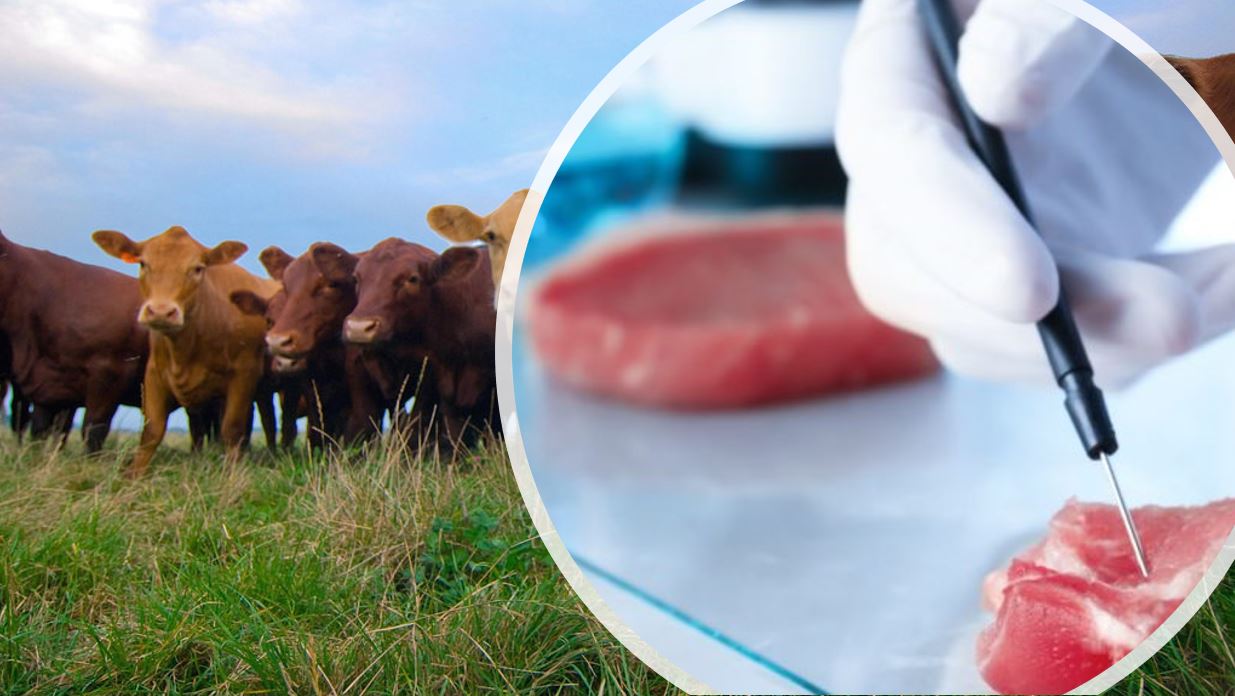 Growing meat in the laboratory may do more damage to the climate in the long run than meat from cattle, according to new research by Oxford University.  In a first-of-its-kind study from the LEAP (Livestock, Environment and People) programme at the Oxford Martin School, the climate-change impact of several production methods for lab-grown and farmed beef was assessed accounting for the differing greenhouse gases produced.

The study looked at how much the gases impact temperature rises and how long they persist in the atmosphere to understand the warming impact of lab-grown and farmed beef.  Their new projections reveal that replacing cattle with cultured meat may not be a simple replacement of high-impact with low-impact.

Over the long term, cultured meat production methods requiring large energy inputs could increase global warming more than some types of cattle farming if energy systems remain dependent on fossil fuels.  Lead author Dr. John Lynch said: “There has been a great deal of public interest in cultured meat recently, and many articles highlight the potential for substituting cattle beef with cultured meat to provide an important climate benefit.  We show that it is not yet clear whether this is the case, partly because of uncertainties about how cultured meat would be produced at scale.”

An important issue in comparing farmed and cultured beef is that the different warming impacts of greenhouse gases are also not well accounted for in the standard measure used in carbon footprints.

Agricultural greenhouse gas emissions are responsible for around a quarter of current global warming.  Replacing conventional cattle farming with ‘labriculture’ – meat grown in the lab using cell culture techniques – has been widely discussed as a way of reducing this environmental impact.

But these estimates are based on carbon-dioxide equivalent footprints, which can be misleading because not all greenhouse gases generate the same amount of warming or have the same lifespan.  “Cattle are very emissions-intensive because they produce a large amount of methane from fermentation in their gut,” study co-author Raymond Pierrehumbert, Halley Prof. of Physics at the University of Oxford said.

Methane is an important greenhouse gas, but the way in which we generally describe methane emissions as ‘carbon dioxide equivalent’ amounts can be misleading because the two gases are very different.

“Per tonne emitted, methane has a much larger warming impact than carbon dioxide, however, it only remains in the atmosphere for about 12 years whereas carbon dioxide persists and accumulates for millennia.  This means methane’s impact on long-term warming is not cumulative and is impacted greatly if emissions increase or decrease over time.”

To provide a rigorous comparison of the potential climate impacts of lab-grown meat and beef cattle, the researchers examined available data on the emissions associated with three current cattle farming methods and four possible meat culture methods, assuming current energy systems remained unchanged.  Using this data, they modelled the potential temperature impact of each production method over the next 1,000 years.  Their model showed that while cattle initially have a greater warming effect through the release of methane, in some cases the manufacture of lab-grown meat can ultimately result in more warming.

This is due to the fact that even if the consumption of meat stopped entirely, the warming from carbon dioxide would persist, whereas warming caused by methane ceases after only a few decades.  This is important because while reducing methane emissions would be good – and an important part of our climate policies – if we simply replace that methane with carbon dioxide it could actually have detrimental long-term consequences,” warned Lynch.