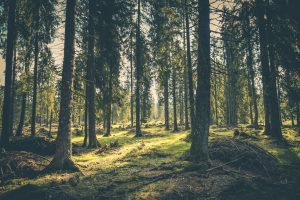 A subsidy to encourage biomass burning alongside peat for electricity generation is allowing the “commercially unviable” industry to survive, environmentalists have warned.  Speaking today at the launch of a legal challenge against the EU’s Renewable Energy Directive (RED II), Tony Lowes of Friends of the Irish Environment (FiE) said that biomass co-firing is a “false climate solution” as it only prolongs the burning of peat.

In 2016, peat generated nearly 8 per cent of Ireland’s electricity, but was responsible for around 20 per cent of the sector’s carbon emissions.  Yet, around €120 million in subsidies support the industry every year through the Public Service Obligation (PSO) levy on electricity consumers.  The levy – which derives its legal basis from the RED – is charged to all electricity customers in order to subsidise the likes of peat generation and renewable energy sources such as wind.

Mr Lowes said that support for co-firing through the PSO levy is making matters worse by allowing the “commercially unviable” peat extraction business to continue. FiE asked the European Commission to investigative the State’s decision to subsidise biomass burning last year.  Mr Lowes pointed to a recent Climate Change Advisory Council report that found this biomass subsidy to be an “environmentally harmful subsidy resulting in substantially higher emissions of greenhouse gases. Indirect support to burning peat through the PSO levy… is leading to significant increases in greenhouse gas emissions and increasing the price of biomass to home users, forcing them to use more fossil fuels,” Mr Lowes said.

While support for peat burning at Bord Na Mona’s Edenderry plant was phased out in 2015, it will now receive support through the PSO-funded Renewable Energy Feed-in Tariff (REFIT) for biomass co-firing until December 2030.

The Electricity Supply Board’s (ESB) two peat-fired power plants are likely to go through a similar transition as Edenderry. The semi-state recently lodged a planning application to convert its West Offaly plant to co-fire biomass alongside peat. Both ESB stations are eligible for REFIT support.

Over 30 civil society groups from the US who send a letter to the ESB last year voicing concern that increased biomass burning could pose a serious threat to southern US forests.  The US groups point to the fact that ESB’s West Offaly plans include a pellet storage silo as confirmation that the company intends to burn wood pellets from overseas.  In a statement, the ESB said that the transition from peat to sustainable biomass at its Midlands stations is part of its “commitment to leading Ireland’s transition to a low-carbon future”.

Both the West Offaly and Lough Ree stations will use biomass with “proven generation technology to provide reliable and predictable renewable energy” to the grid, the semi-state said.

Mr Lowes is joined by plaintiffs from Estonia, France, Romania, Slovakia and the USA who are challenging the inclusion of forest biomass as a renewable fuel in RED II. The case is set to be filed today with the European General Court in Luxembourg.

The plaintiffs contend that RED II ignores the science on forest bioenergy and promotes false carbon accounting as woody biomass is classified as carbon neutral.  According to Dr Mary Booth, director of the USA Partnership for Policy Integrity and the case’s lead scientific advisor, burning wood for energy can actually “emit more CO2 per unit of energy generated than coal”.

EU rules state that the burning of wood pellets is carbon neutral. The idea is that any carbon lost through felling and burning is recaptured and fixed back in the soil through replanting.

In reality, woody biomass can be far less efficient than fossil fuels like coal for each kilowatt-hour of electricity produced as more power is needed to burn it off the high water content in fresh cut wood.  Ms Booth said that this treatment of forest biomass as carbon neutral “really runs counter to science and counter to common sense”  and has “driven a lot of forest cutting around the world” to meet emerging demand in Europe.

US wood pellet exports to Europe soared from 530,000 tonnes in 2009 to 3.89 million tonnes in 2014, making the country the world’s leading exporter.  Ms Booth said that RED II also fails to properly account for the lifecycle emissions from harvesting, producing, transporting, and burning woody biomass.  “[This includes] the loss of carbon sequestration potential after the vast increase in industrial logging destroys the very forest systems that have until now absorbed carbon from the atmosphere,” she added.  “We are burning off our carbon sink into the atmosphere. That will only stop when we stop treating it as carbon neutral and that is why we are bringing this case.”