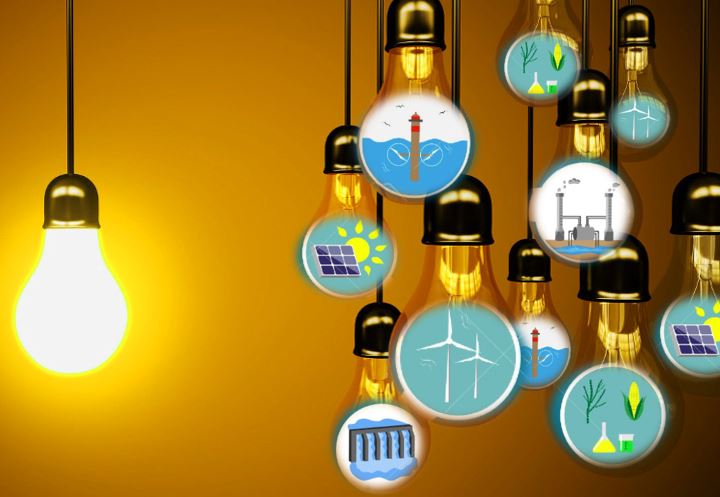 The Government is committing to raising the amount of electricity generated from renewable sources from 30% now to 70% by 2030, according to Minister for Communications and Climate Action Richard Bruton.

Speaking to reporters at the Fine Gael National Conference in Wexford over the weekend, Bruton said the reason for the move is that “there’s no point in switching to electric vehicles unless you have a clean and renewable electricity network”. Bruton admitted that the commitment will require “significant changes” and that it is a “very substantial step up in ambition”. “We’ll have to strengthen our grid. Of course, it will mean that we will have to look beyond onshore wind and we will have to prepare now for a significant offshore wind capacity in our system,” Bruton told reporters.

The government is aiming to raise the amount of electricity generated from renewable sources from 30% now to 70% by 2030. Bruton said the government will have to introduce new legislation to deal with the move. “There will be a whole series of issues. We will have to have renewable energy supports. There are a number of steps that will have to be fulfilled to achieve that. It’s something we will do over time,” he said. When asked if households will see a hike in electricity bills as a result of the move, the Minister said: “We’re not going to be deliver renewable sources of power at nil cost.”

Ireland’s attempts to tackle climate change have made headlines repeatedly in recent months.  Ireland’s performance in taking action against climate change was ranked the worst in Europe in a report published in December.

The Climate Change Performance Index ranked Ireland 48th out of 56 countries, with a score of 40.84, far below the EU average of 60.65.

Varadkar has previously described Ireland as a “laggard” on the issue as it will miss emission reduction targets and faces significant EU fines.  In January, Varadkar said the government is looking at two models to increase carbon tax.  Any changes to the carbon tax will not apply until 2020, unless the measures are introduced on the night of the budget this year, said the Taoiseach. However, that will be a decision made nearer the time.  Varadkar told his party members in January that he does not want to “penalise” people, but said it is inevitable that a carbon tax will be introduced. He said this means a tax on coal, home heating oil, diesel, petrol and gas.

On 16 March, thousands of second level students swapped the classroom for the streets to  demonstrate against government inaction on climate change. The marches in Dublin and Cork formed part of a global movement initiated by 16-year-old schoolgirl Greta Thunberg, who began protesting outside Swedish Parliament last August.

Verde Environmental Consultants can help improve our client’s financial metrics by eliminating costs associated with energy by: (a) buying your energy more effectively and (b) helping you use your energy more efficiently.Verde have delivered bottom-line benefits to a wide range of clients, managing energy and utility spend for companies of all sizes – across many sectors.  Click here to see our full range of energy services.

Verde also has expertise in the assessment of noise impacts for wind farm developments and for the installation of turbines at commercial sites. We adopt internationally recognised monitoring and assessment procedures to collect statistically sound data to support investigations into potential noise complaint issues or legal challenges.