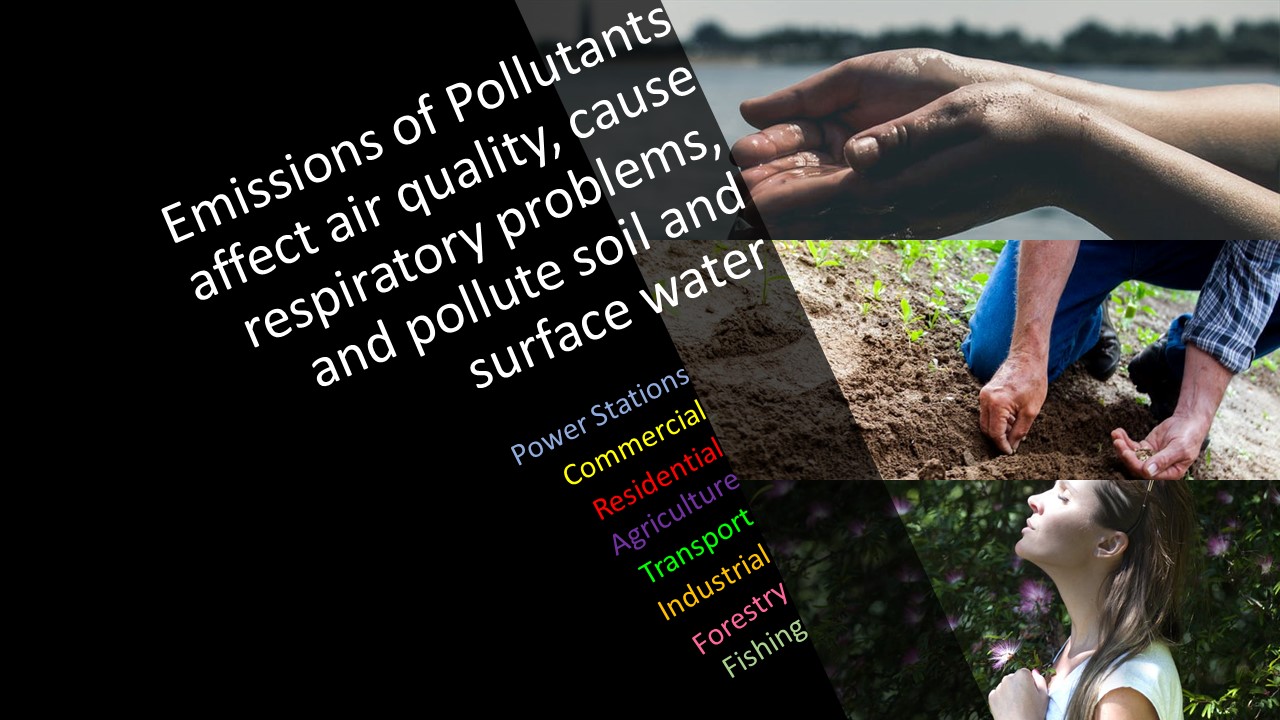 Emissions of three of the five most noxious air pollutants, which are a threat to public health and/or the environment, increased in Ireland during 2016, according to latest figures published by the Environmental Protection Agency (EPA).

Emissions of ammonia, nitrogen oxides and non-methane volatile organic compounds increased. These pollutants impact on air quality, cause respiratory problems (notably asthma), pollute soils and surface water, and damage vegetation. In some instances they are also linked to global warming.  Senior manager with the EPA Stephen Treacy said: “Our figures show emissions of three of the five main pollutants are going in the wrong direction. Higher emissions of these pollutants will cause damage to air quality and health, and make future compliance with EU limits more challenging.”

For the first time, Ireland during 2016 exceeded EU emissions limits for ammonia, which is also a greenhouse gas (GHG) that contributes to climate change. It has increased every year since 2011 and continues to increase, the EPA added.  The agriculture sector accounts for virtually all (99 per cent) of ammonia emissions in Ireland, arising from the application of fertilisers – 40 million tonnes of animal manures are used annually, together with 300,000 tonnes of nitrogen in fertilisers.  “Ammonia limits have been breached due to the rapid expansion of dairy and beef production in Ireland in recent years. This underlines the challenge in designing appropriate policies that protect our environment in a growing economy,” Mr Treacy said.

The 2016 figures show that Ireland remains in compliance with its nitrogen oxide and non-methane volatile organic carbon emission limits, though these emissions are also increasing.  Transport is the principal source of nitrogen oxide emissions, contributing about 41 per cent of the total in 2016. Agriculture is the second biggest source, contributing about 29.6 per cent of the 2016 total, mainly due to synthetic fertiliser application and emissions from urine and dung deposited by grazing animals.

Particulate matter emissions declined in 2016. Future emissions will depend largely on the quantity and quality of solid fuel used in the residential and commercial sectors – it is the single biggest threat to human health from this class of pollutants, and increasingly is contributing to air pollution in urban areas.

The EPA figures show Ireland’s level of sulphur dioxide (SO2) continues to be well below EU emission limits. The reduction in emissions of this pollutant is positive for the environment, public health and the economy, Mr Treacy added.  The main sources of SO2 are power generation, industrial activity and residential activity, including solid fuel burning. It also arises from motoring, but cleaner fuels have reduced its occurrence from this source.

Effective licensing and enforcement has contributed to reductions in sulphur pollutants, as have the use of cleaner fuels in power generation and transport, the EPA confirmed.

“On the positive side, Ireland has significantly cut emissions of SO2, greatly reducing the environmental damage caused by this pollutant, via behaviour change and response to regulatory interventions,” he added. “While overall emissions of particulate matter also declined in 2016, localised problems can arise because of residential solid-fuel use.”

Sulphur Dioxide: Leads to acid deposition including “acid rain”. Is associated with acidification of soils and surface waters, and accelerated corrosion of buildings and monuments. Emissions are derived from the sulphur in fossil fuels such as coal and oil used in combustion activities.

Nitrogen Oxides (NOx): Contribute to acidification of soils and surface waters, ozone formation in the atmosphere and nitrogen saturation in terrestrial ecosystems. Nitrogen dioxide (NO2) is also associated with diseases such as diabetes, hypertension, stroke, chronic obstructive pulmonary disease (COPD) and asthma. Power generation plants and motor vehicles are the principal sources of nitrogen oxides through high-temperature combustion.

Ammonia emissions: These are associated with acid deposition and formation of secondary particulate matter. The agriculture sector accounts for virtually all emissions of this type in Ireland.

Non-methane volatile organic compounds: Emitted as gases by a wide array of products including paints, paint strippers, glues, cleaning agents and adhesives. They also arise due to incomplete combustion of fuels and from the storage and handling of animal manure and fertilisers in agriculture.

Fine particulate matter: A form of dust made up of tiny particles, usually classified as PM2.5. Sources include vehicle exhaust emissions; soil and road surfaces, construction works and industrial emissions. The particulates can be formed from reactions between different pollutant gases, and are responsible for significant negative impacts on human health.

Read our Project Profiles in air, soil and water here