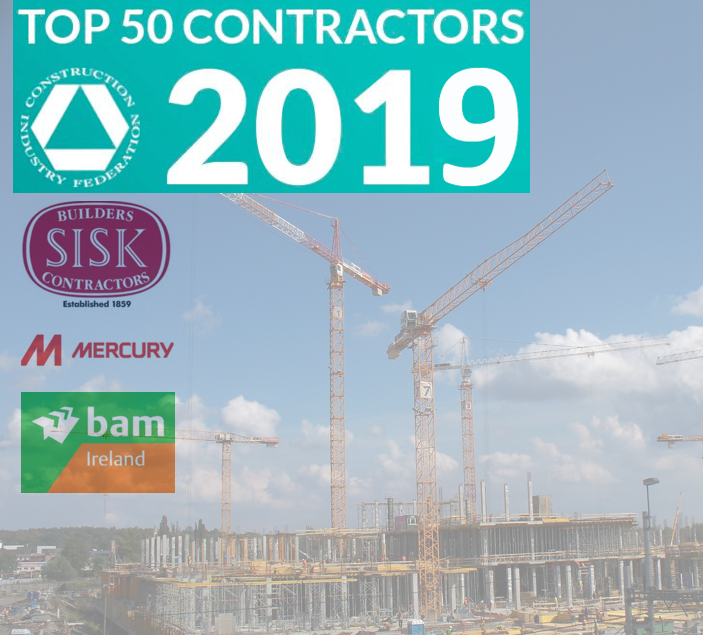 The combined turnover for the country’s top construction companies increased by 25% to €8.39 billion last year, according to Construction magazine’s annual Top 50 CIF Contractors listing for 2019.

The listing, published every year, gives a snapshot of the overall growth in Irish construction. It said that €5.9 billion of this total activity took place in Ireland, while almost €2.5 billion came from exported construction services, up more than 54% from €1.62 billion in 2017.

Tom Parlon, CIF’s Director General, said that the country’s top 50 contractors generated almost €2.5 billion from services exports in 2018, an increase of almost 54% from 2017.

Mr Parlon said this number is increasing year upon year, showing quality and expertise of the Irish construction industry is now sought after internationally.  “During the recession, construction companies internationalised as the domestic economy collapsed. We are now seeing a huge dividend in terms of export growth. A key driver of export growth is our expertise in data centre construction. Dublin has about 24% of the entire EU’s data centre market, just 1% behind London. Our expertise in this area and in Mechanical and Electrical and civil engineering for example, is recognised globally,” Mr Parlon added.