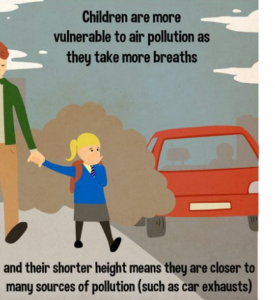 Ireland’s poorest and most marginalised communities tend to be excluded and sidelined from debates and policy decisions on the environment and climate change even though they often bear the brunt of those decisions and of environmental impacts, a major report  has concluded.  The report, Environmental Justice in Ireland, has found there are multiple barriers to poorer and vulnerable communities being involved in such decisions, including high fees, complex online engagement, and lack of engagement.

In the first in-depth research of its kind, researchers from Dublin City University’s (DCU) Centre for Climate and Society and Community Law and Mediation, an independent community law centre and charity, conducted workshops with representatives of those communities to assess the impact of climate change and environmental pollution, as well as climate change policies such as carbon tax, on people.*  “The participants in our workshop perceived their communities to be largely excluded from environmental and planning decisions. They expressed frustration with consultation processes, where the final decisions sidelined their concerns altogether,” the report has stated.  “Low-income, migrant, and Traveller communities have difficulties in getting their voices heard, especially in an era where many decisions end up in the courts, where legal costs are prohibitively expensive.”

The lead authors from DCU, Sadhbh O’Neill and project lead Dr Diarmuid Torney, point out that public participation in environmental decision-making is a right of every citizen under the Aarhus Convention.  However, in Ireland they say that right “is greatly constrained by the imposition of fees for making submissions, very high legal costs, as well as the need to engage with online platforms”.

The report launched by Green Minister of State for Community Development Joe O’Brien features new infographics on environmental justice aimed at schools and community groups, using illustrations by artist Eoin Whelehan.  The research also discovered that until now there had been no national study that correlated data on environmental quality with places or areas where disadvantage or marginalisation occur. “This means that our understanding of both environmental impacts and social inequalities is limited by a major gap in information,” the report states.

From their own work and workshops, the researchers found there was a correlation between some places where air and water quality were poor and where social disadvantage was greatest.  “Socio-economic disadvantage makes some communities and households more vulnerable to the effects of both environmental pollution and the policies that are intended to address it. One of the areas where both environmental pollution and climate policy has significant impacts on vulnerable communities is in relation to energy poverty. Carbon taxes add to the cost of fossil fuel heating, and are regressive. For this reason, energy poverty must be tackled in ways that support low-income households whether in the rented, privately owned, or social housing sectors with income supports along with retrofitting measures,” the report says.

The authors also find that more research should be done on the communities affected by air pollution. “The Environmental Protection Agency estimates that 1,300 deaths are caused by air pollution annually in Ireland. While studies have linked increased hospital admissions with air pollution exposure in certain disadvantaged areas of Dublin, there is no published research on the impacts on children of poor air quality. Other environmental impacts such as poor water quality and illegal waste disposal sites affect some communities more than others,” they write.

“Climate risks such as flooding also have the potential to pose uneven impacts. Flood damage disproportionally hurts low-income households, particularly families with dependent children and households with a head at retirement age.”

We provide a wide range of environmental air quality monitoring and management services, including: